The Labour leader dismissed the hard-Left shadow education secretary after she highlighted an interview with the actress Maxine Peake including false allegations linking the Israeli security services with the killing of an unarmed black man by US police. Sir Keir ordered her out of her role without speaking to her directly, refusing her request for a chance to explain her position. A spokesman for the Labour leader said: “This afternoon Keir Starmer asked Rebecca Long-Bailey to step down from the Shadow Cabinet.

“As Leader of the Labour Party, Keir has been clear that restoring trust with the Jewish community is a number one priority.

“Antisemitism takes many different forms and it is important that we all are vigilant against it.”

In the interview on the Independent news website, Ms Peake raised the high-profile case of the death of George Floyd in Minneapolis that triggered the recent Black Lives Matter protests on both sides of the Atlantic.

“The tactics used by the police in America, kneeling on George Floyd’s neck, that was learnt from seminars with Israeli secret services,” said the actress, a star in the TV show Shameless.

Israeli police chiefs rejected her claim, saying in a statement: “There is no tactic or protocol that calls to put pressure on the neck or airway.”

But Ms Long-Bailey shared a link to the article on Twitter, writing: “Maxine Peake is an absolute diamond.”

Sir Keir’s axeing the frontbencher, who he defeated in the Labour leadership race earlier this year, followed his commitment to root out anti-Semitism from the party’s ranks. 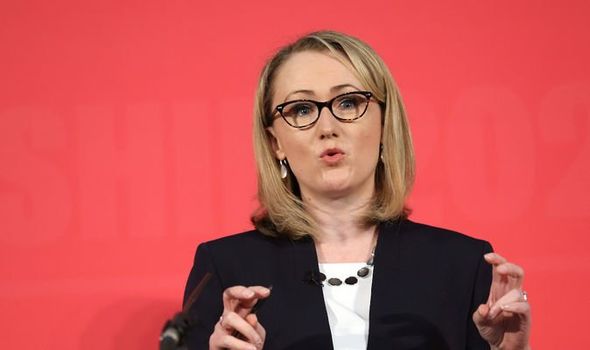 Former Labour minister Dame Margaret Hodge, an outspoken critic of the anti-Semitism rife in the party under former leader Jeremy Corbyn, responded to the sacking by saying: “This is what zero tolerance looks like. This is what rebuilding trust with the Jewish community looks like.”

Marie van der Zyl, president of the Board of Deputies, said: “I would like to thank Keir Starmer for backing his words with actions on anti-Semitism.

“After Rebecca Long-Bailey shared a conspiracy theory, we and others gave her the opportunity to retract and apologise.

“To our surprise and dismay, her response was pathetic. Her position as shadow education secretary was therefore untenable.”

Gideon Falter, chief executive of the Campaign Against Antisemitism, said: “We have been critical of Sir Keir Starmer’s early handling of incidents within the Labour Party and the fact that he has not yet announced a timetable for reforming the Party’s broken disciplinary process.

“His swift and firm action in this case appears to indicate that he is taking our comments on board and has shifted up a gear.

“Sir Keir’s decision to sack Rebecca Long-Bailey for retweeting an antisemitic conspiracy theory sends a clear message to those in the Labour Party’s ranks who still think that antisemitism is a grey area.”

Sir Keir’s decision was also being seen within the party as a decisive move to crush the influence of supporters of his Left-wing predecessor Mr Corbyn.

Labour insiders noted that Ms Peake, a Labour supporter and Corbyn fan, also made lukewarm comments about Sir Keir’s leadership, suggesting former Labourites returning to the party since he took over should feel ashamed.

“There’s a lot of people who should hang their heads in shame. People going ‘Oh, I can join the Labour Party again because Keir Starmer’s there,’ well shame on you,” Ms Peake said.

She also declined to praise Sir Keir, saying: “You know what, at the end of the day, all I want is the Tories out.

“I think people will get behind Starmer, won’t they? He’s a more acceptable face of the Labour Party for a lot of people who are not really Left-wing.”

Shortly after her sacking, Ms Long-Bailey attempted to defend her action in a series of tweets.

She wrote: “I retweeted Maxine Peake’s article because of her significant achievements and because the thrust of her argument is to stay in the Labour Party. It wasn’t intended to be an endorsement of all aspects of the article.

“These sentiments are shared by everyone in our movement and millions of people in our country. 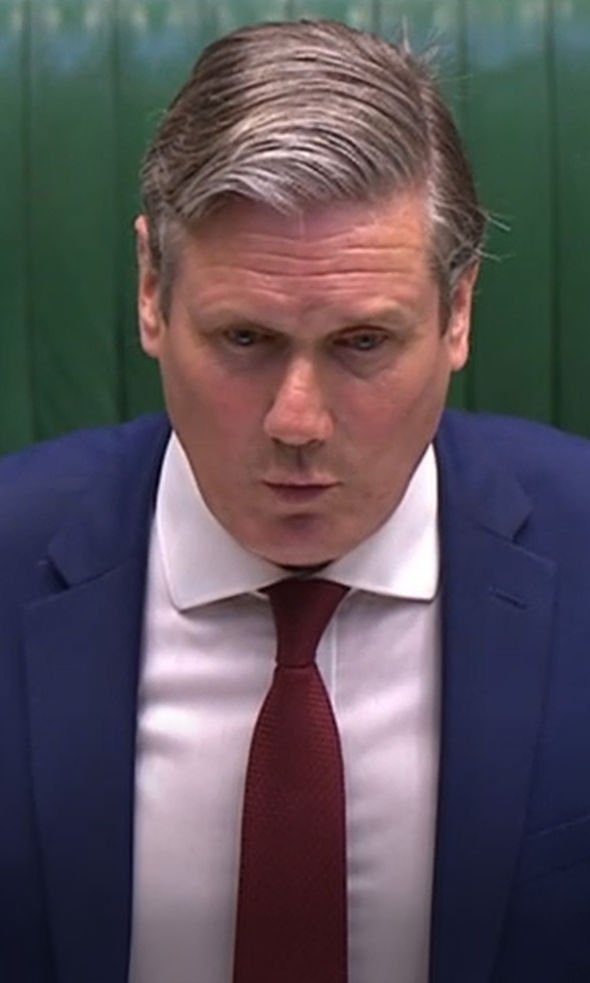 “I learned that many people were concerned by references to international sharing of training and restraint techniques between police and security forces.

“In no way was my retweet an intention to endorse every part of that article.

“I wished to acknowledge these concerns and duly issued a clarification of my retweet, with the wording agreed in advance by the Labour Party Leader’s Office, but after posting I was subsequently instructed to take both this agreed clarification and my original retweet down.

“I could not do this in good conscience without the issuing of a press statement of clarification. I had asked to discuss these matters with Keir before agreeing what further action to take, but sadly he had already made his decision.

“I am proud of the policies we have developed within the party from our Green Industrial Revolution to a National Education Service and I will never stop working for the change our communities need to see.

“I am clear that I shall continue to support the Labour Party in Parliament under Keir Starmer’s leadership, to represent the people of Salford and Eccles and work towards a more equal, peaceful and sustainable world.”

Less than 24 hours before her sacking, Sir Keir had publicly praised Ms Long-Bailey.

In a conference call, he claimed rivalries had healed since the leadership battle, saying: “I was lucky because the two people against me, Rebecca Long-Bailey and Lisa Nandy were really good.  am really pleased I have got Becky and Lisa in my shadow cabinet.”

Former shadow chancellor John McDonnell said: “Throughout discussion of antisemitism it’s always been said criticism of practices of Israeli state is not antisemitic.

“I don’t believe therefore that this article is or Rebecca Long-Bailey should have been sacked. I stand in solidarity with her.”

Jon Lansman, chairman of the hard-Left Momentum campaign organisation and a member of Labour’s ruling National Executive Committee, said: “Sacking Rebecca Long-Bailey for sharing an interview in the Independent with one of Britain’s most loved actors is a reckless overreaction.”

Ms Peake said last night: “I feel it’s important for me to clarify that, when talking to the Independent, I was inaccurate in my assumption of American Police training and its sources.

“I find racism and antisemitism abhorrent and I in no way wished, nor intended, to add fodder to any views of the contrary.”

The former solicitor was one of the few remaining torch bearers of Corbynism and just three months ago was the hard-left’s candidate for the party’s top job.

Ms Long-Bailey, 40, was a cheerleader for Jeremy Corbyn right from the very start, backing him for leader when he was viewed as a no-hope outsider.

While other MPs went on to regret giving him their signature to get on the ballot paper, she was a full throated supporter and sat on his frontbench for five years.

After Labour suffered its worst defeat since 1935, she gave Mr Corbyn 10 out of 10 for his leadership of the party. 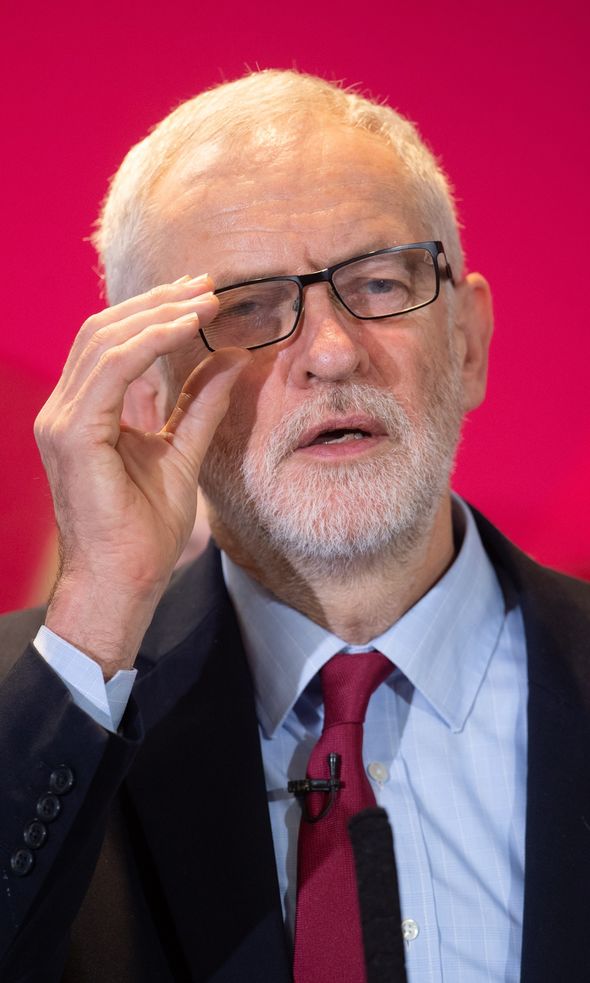 The Salford and Eccles MP, elected in 2015, became known for giving a gritty spin to tales of her upbringing that did not always appear to match the reality.

She told how her outlook on politics was shaped by watching her father “worrying when round after round of redundancies were inflicted” when he worked on the Salford docks.

An ex-docker came forward to say it was “impossible” the MP had such memories, as the Salford docks closed in 1982, when she was just two.

A claim that she was “born to the sound of the roar of the Stretford End” was mocked when it emerged Manchester United were playing away that day.

The Long family moved to Ellesmere Port in Cheshire and she attended Chester Catholic high school before heading to Manchester Metropolitan University to study politics and sociology.

Ms Long-Bailey, who is married with one son, promised radical socialist reform if she succeeded Mr Corbyn and pledged to back workers and trade unions in every strike and dispute “no questions asked”.

The MP set out grand visions of going “to war with the political establishment” and implementing the “most ambitious agenda” for tackling climate change of any major political party.

But in smaller, more mundane matters, such as her own name, such struggled to be decisive.

Her official parliamentary page and her own website showed her surname without a hyphen but her Twitter page was hyphenated.

She said: “There actually is a hyphen but I’m not bothered.”

On April 4, Sir Keir was elected Labour’s new leader with 56 per cent of the vote while Ms Long-Bailey followed with 28 per cent.

He gave her the role of shadow education secretary.

After losing the role just months later, Ms Long-Bailey will now have more time to spend on her “favourite hobby” of eating Chinese takeaways and watching box sets on television.

Boris Johnson has been accused of “an affront to London” over reported plans to place a quarantine ring around the capital should there be a second wave of coronavirus cases. London mayor Sadiq Khan has written to the prime minister following newspaper reports of the government’s “nuclear” plans to prevent another nationwide lockdown in the […]

We will use your email address only for sending you newsletters. Please see our Privacy Notice for details of your data protection rights. Cabinet Office minister Michael Gove said the Government is “committed” to negotiating a new free trade agreement (FTA) with the EU before the end of the year, but insisted “things will change” […]