WASHINGTON (Reuters) – The U.S. House of Representatives will vote on Thursday on sweeping Democratic police reform legislation that is opposed by President Donald Trump and Republicans, in the latest sign that congressional efforts to rein in police misconduct have hit an impasse. 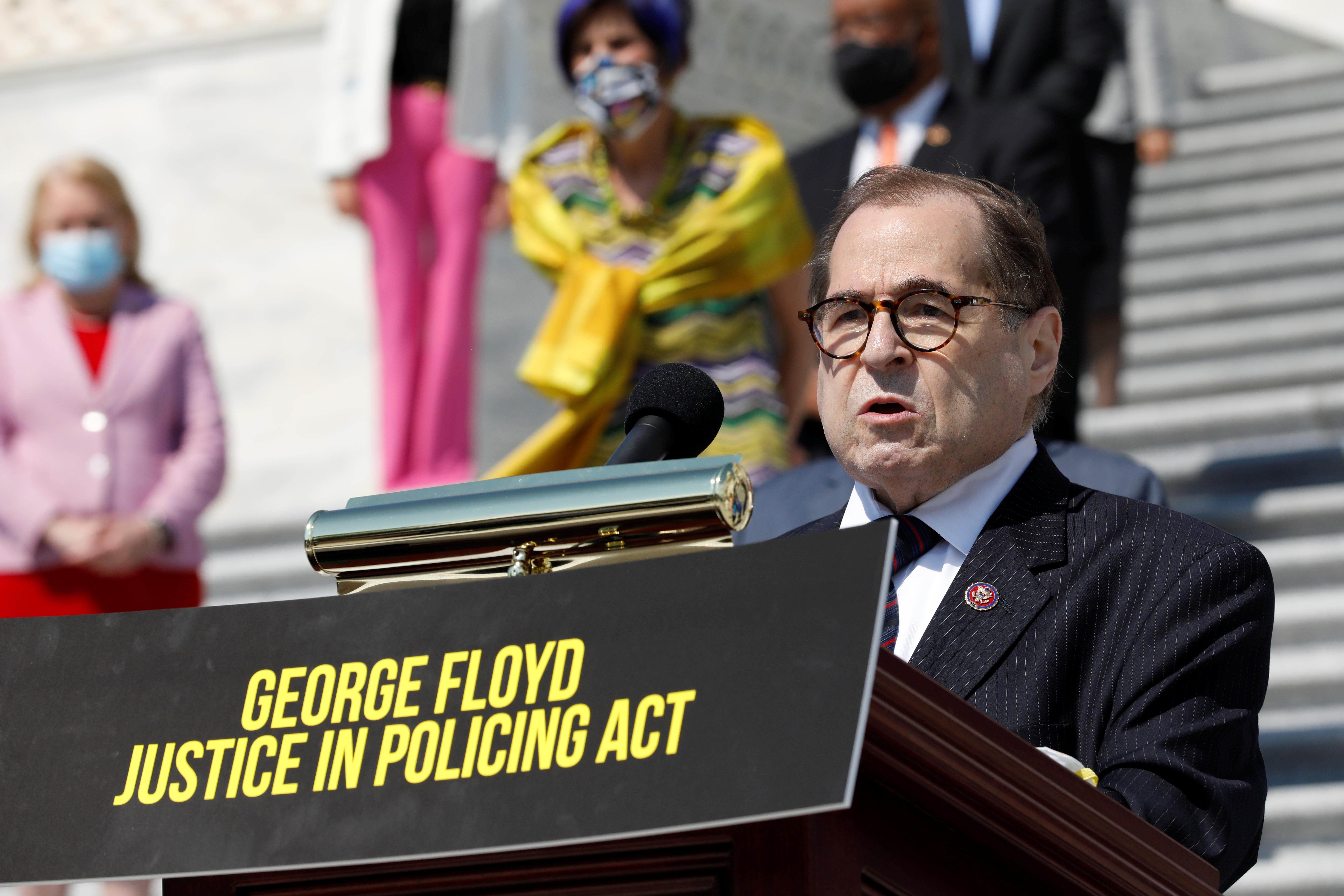 The Democratic-controlled House is due to vote on the legislation at around 7 p.m. EDT (2300 GMT), a month to the day after George Floyd’s death in police custody set off worldwide protests against police brutality.

The bill, which mandates changes to rein in police misconduct, is widely expected to pass the House. But the Republican-led Senate is unlikely to agree to the measure as written, after Senate Democrats blocked a Republican reform bill on Wednesday.

Democrats and Republicans are deadlocked over how to address racial inequities in policing, despite strong public sentiment for effective reform after Floyd died in Minneapolis as a white policeman knelt on his neck for nearly nine minutes.

Democrats, aiming to seize the mantle of public opinion surrounding Floyd, named their legislation “The George Floyd Justice in Policing Act” and predict that public pressure will erode Republican resistance.

“When we pass this bill, the Senate will have a choice: to honor George Floyd’s life, or to do nothing,” House Speaker Nancy Pelosi told a news conference.

“I don’t think the street will accept no action,” she said in a later Washington Post interview, but acknowledged that the two sides have “unreconcilable” positions on police chokeholds.

Republicans and Democrats are also at odds over a Democratic provision to allow victims of misconduct to sue for damages in civil court.

There was a ray of bipartisanship in the Senate, when the chamber unexpectedly passed a measure to establish a commission to study the status of Black men and boys in America, a provision of the Scott bill backed by both sides of the aisle.

Floyd was among a growing number of unarmed African-Americans to die in police custody.

Seven unarmed Black people have been shot and killed by police so far in 2020, compared with 14 in 2019, according to a database maintained by the Post. Those killings do not include people who died by other means, as Floyd did. And experts say there is a pervasive lack of data.

Representative Karen Bass, chairwoman of the Congressional Black Caucus, which represents over 50 Black lawmakers, said the Democrats’ bill would help prevent killings by ushering in bold, transformative changes nearly half a century after Black legislators began pushing for police reforms in the early 1970s.

But Senator Tim Scott, the Senate’s only Black Republican and author of the chamber’s failed police reform bill, accused Democrats of rejecting Republican input on the House bill to deny Trump and his Republican allies a victory on an issue vital to Black America ahead of the November election.

“This is pure race politics at its worst,” Scott said on Fox News, warning that congressional inaction will leave Black Americans vulnerable to further police violence. “There will be blood on the Democrats’ hands,” he said.

Democrats denounce Scott’s bill as too ineffective to protect Black Americans because of its reliance on financial incentives and data collection. 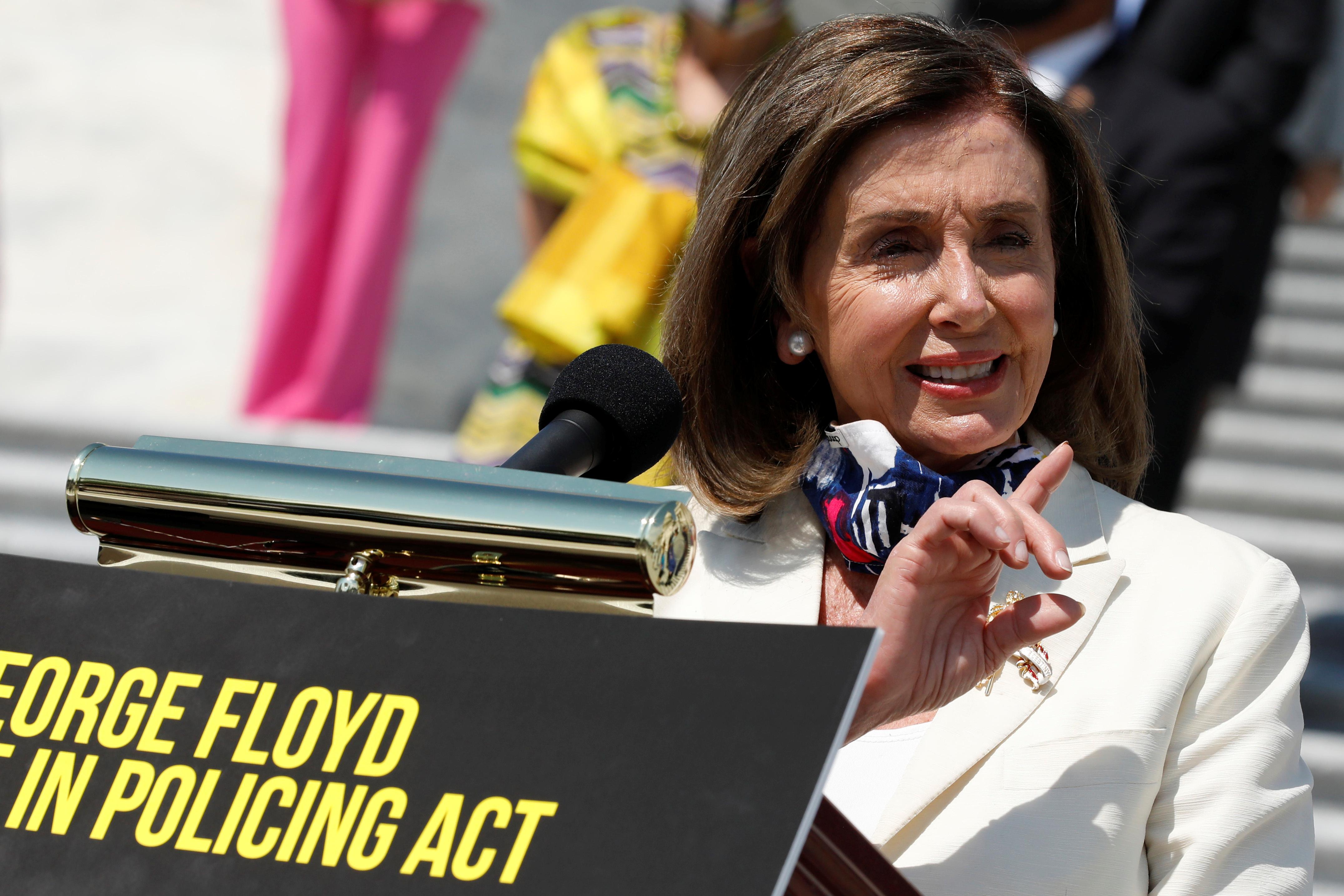 “The Senate bill is sham, fake reform. It gestures. But it does nothing real,” said House Judiciary Committee Chairman Jerrold Nadler.

The Democratic and Republican bills address similar topics: chokeholds, no-knock warrants, police body cameras, use of deadly force, and training to de-escalate confrontations with suspects and to encourage officer intervention against illegal conduct as it occurs.

Republicans oppose the Democratic bill because of mandates they say could undermine law enforcement.

The UK could soon see 49,000 new cases of coronavirus every day unless action is taken to drive down the current rate of infection, the government’s chief scientific adviser has warned. Sir Patrick Vallance told a Downing Street briefing that the number of new COVID-19 cases was doubling roughly every seven days. Live coverage of […]

Canada’s prime minister says he doesn’t believe a second nationwide lockdown is imminent in light of an increase in COVID-19 cases across Canada in recent weeks. Justin Trudeau told Global News he believes, now that the general public knows more about the need for masks and social distancing amid the pandemic, that some “targeted lockdowns’ […]

Bank of Canada to stay put for now, but 2020 rate cut in play: Reuters poll

Man ‘stabs girlfriend in eyes, bites child’s nose off and throws her out window’