TAOYUAN, Taiwan (Reuters) – Unwanted for public spaces elsewhere in Taiwan, some 200 statues of the late autocratic leader Chiang Kai-shek stand in the quiet sanctuary of a park surrounding his mausoleum in the north of the island. 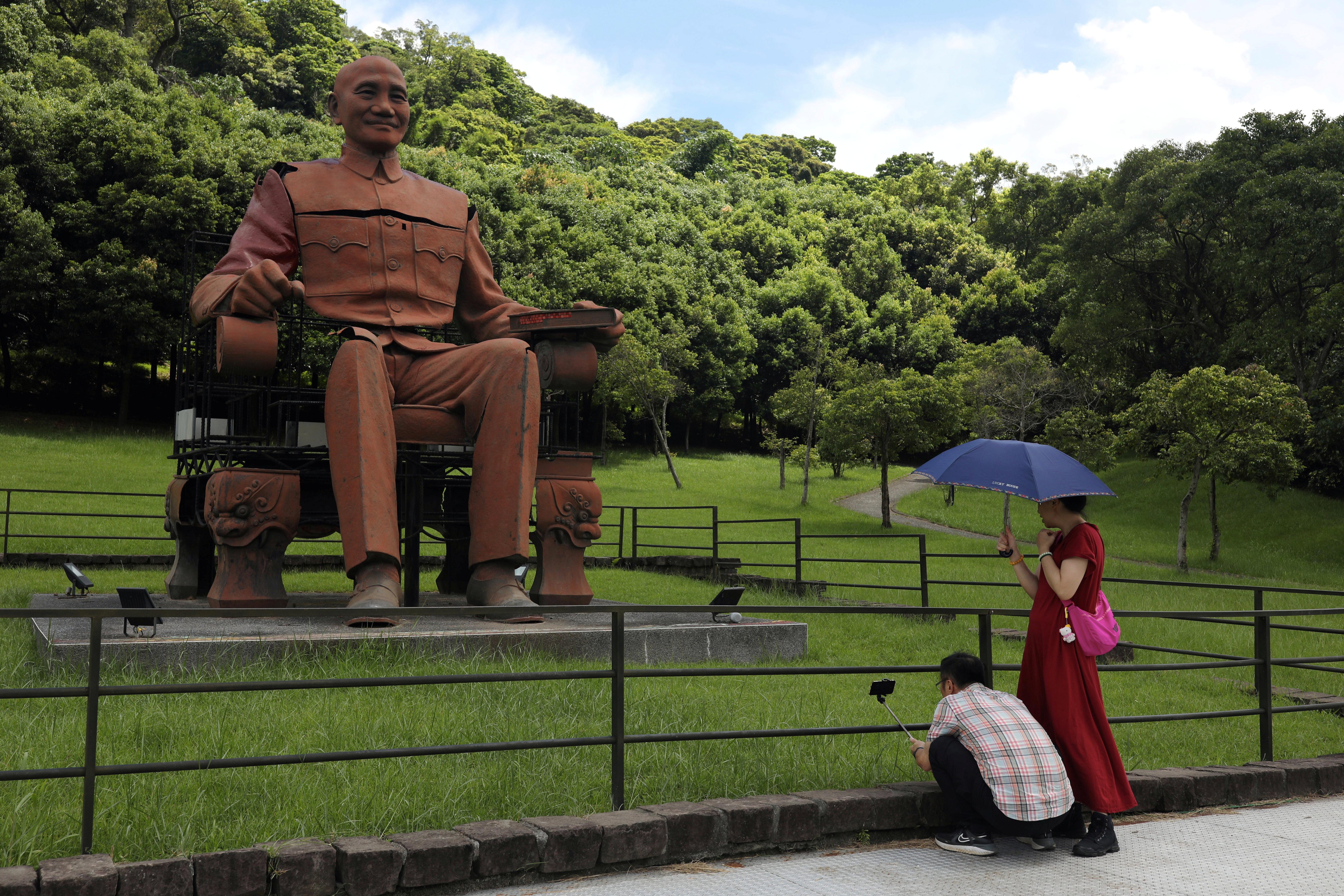 Chiang Kai-shek was lauded in life as an anti-communist hero, especially in the United States, and there are still more than 1,000 Chiang statues in public places around Taiwan. But attitudes towards him on the proudly democratic island have become more conflicted.

Chiang’s defeated Nationalist government fled to Taiwan after losing the Chinese civil in 1949.

During the Cold War, he was backed strongly by the United States, and some Taiwanese still view him positively for standing up to Mao Zedong’s communism.

But, many others revile him as a despot who imprisoned and killed opponents during a reign of terror. When he died in 1975, his son Chiang Ching-kuo took over and began tentative steps towards more political openness.

Yvon Lin, 36, a Taipei city councillor for the small New Power Party, which supports Taiwan’s formal independence, said the question of what to do with statues of the Chiangs was problematical as they were such polarising figures.

“Taiwan is quite special in that around half of people really support what the two Chiangs did in the past, so if we want to get rid of the symbols of authoritarianism these people could come out and protest,” Lin told Reuters.

In the past few years some statues have been daubed with paint, often around the anniversary of a 1947 anti-government uprising, generally seen as the start of Chiang’s “white terror” campaign against dissent in Taiwan.

His Nationalists took control of the island from Japan in 1945 at the end of World War Two.

Nowadays, at the mausoleum in Taoyuan, outside Taipei, tourists pose for pictures as they gather round the statues depicting Chiang in various roles, from kindly father figure, to wise scholar, to military commander.

Just as the Black Lives Matter movement has inspired a debate in Western countries over what to do with statues of people connected with the slave trade, Taiwan has also been coming to terms with a checkered history.

Under 2017’s Act on Promoting Transitional Justice, symbols of Taiwan’s authoritarian era are supposed to be removed, renamed or “handled in other ways”.

Yet enforcement is not specified, leaving local governments to make their own decisions.

“I don’t think there’s a need to be like that with someone who has died,” Lin told Reuters at the statue park. “You should look at his positive side. A person is not necessarily only about the negative.”

SHANGHAI (Reuters) – U.S. electric car maker Tesla plans to open a design and research center in China to make “Chinese-style” vehicles, the company said in a recruitment notice on its official WeChat account. Wednesday’s notice sought to recruit designers and other staff to help fulfill the goal, and called for applications by Feb. 1, […]

Crisis-hardened markets have learned to look past military flare-ups

By Sujata Rao and Dhara Ranasinghe LONDON (Reuters) – Iran’s missile attack on U.S. army bases in Iraq overnight sent gold blasting above $1,600 an ounce, boosted the Japanese yen by almost 1% and oil by $3 a barrel. But it took just hours for that safe-haven dash to fade and for world equities to […]