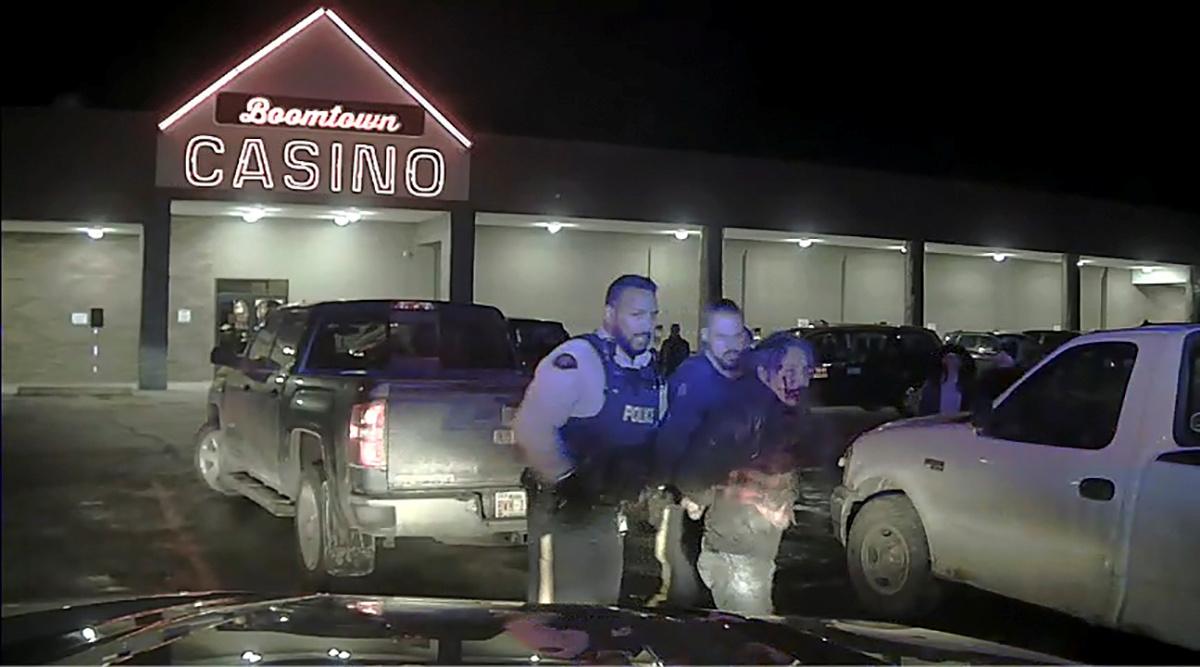 WINNIPEG, Manitoba (Reuters) – Canadian prosecutors dropped charges against an indigenous chief who was tackled and punched by police during an incident over an expired license plate, his lawyer said on Wednesday.

Chief Allan Adam of Athabasca Chipewyan First Nation alleged this month that Royal Canadian Mounted Police (RCMP) beat him in March outside a casino in Fort McMurray, Alberta. He was then charged with resisting arrest and assaulting police, charges that the prosecution dropped in court earlier in the day, Adam’s lawyer Brian Beresh said.

RCMP dashboard video released publicly showed Adam being tackled to the ground and punched once in the face. Earlier, Adam had accused police of harassment, refused orders to stay in his truck multiple times, and at one point, assumed a fighting stance toward police.

“I’m overwhelmed that the charges have been withdrawn,” Adam said at a news conference, where he called for Canadian policing reforms. “My wife and I knew we didn’t do nothing wrong. It was just for an expired license plate.”

Beresh said that the officer who arrested Adam remains on duty. The officer faces a trial on separate charges including assault and mischief from a 2019 incident, he said.

The RCMP, which previously reviewed the video, has said the use of force was reasonable. An independent Alberta agency has begun an investigation.

In a statement, RCMP’s Alberta division said that it fulfilled its role of gathering evidence to support charges. It said police comments are limited due to the ongoing independent investigation.

There have been global protests since the death in Minneapolis of a Black man in police custody last month. Two recent deaths in New Brunswick involving police have amplified allegations by indigenous people of mistreatment by Canadian police.

By Sergio Goncalves LISBON (Reuters) – Portugal will give vouchers to tourists forced to cancel their holiday plans in Portugal because of the coronavirus pandemic, allowing them to reschedule trips until the end of 2021, the secretary of state for tourism said on Thursday. The new scheme comes into effect on Friday and applies to […]

By Jeff Mason WASHINGTON (Reuters) – U.S. President Donald Trump will propose on Monday a 21% cut in foreign aid and slashes to social safety-net programs in his $4.8 trillion budget proposal for fiscal 2021, according to senior administration officials. The budget would spend money to fund infrastructure projects and defense, but would also raise […]

Indianapolis shooting: What happened as gunman targets FedEx warehouse? How many injured?

Indianapolis: Police respond to shooting at Fedex facility When you subscribe we will use the information you provide to send you these newsletters. Sometimes they’ll include recommendations for other related newsletters or services we offer. Our Privacy Notice explains more about how we use your data, and your rights. You can unsubscribe at any time. […]