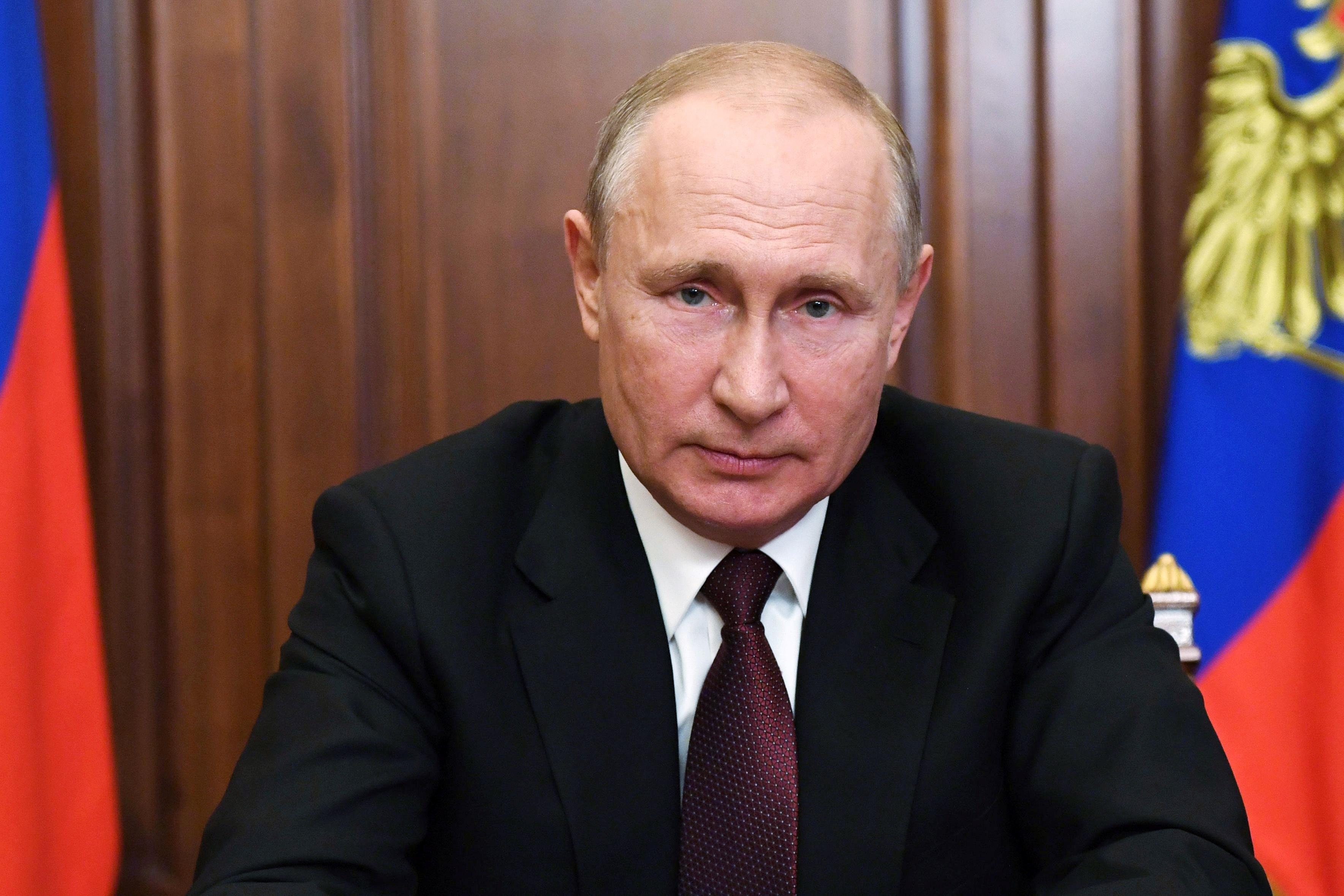 MOSCOW (Reuters) – President Vladimir Putin raised income tax for wealthy Russians and offered new state handouts to families with children on Tuesday, days before the country votes on reforms that could keep him in power until 2036.

In a televised speech to the nation, Putin, 67, said Russia’s response to the coronavirus crisis had saved tens of thousands of lives and he ordered the extension of several support measures to cushion the economic fallout.

Deviating from a flat 13% tax he himself introduced almost two decades ago, Putin said the wealthy would now pay 15% on annual income over 5 million roubles ($72,833) and that the additional cash would go towards helping sick children.

The move, to be introduced from January, is likely to play well with voters frustrated by years of falling incomes. Many also dislike the class of wealthy businessmen which sprang up after the collapse of the Soviet Union.

Putin’s speech came ahead of a seven-day national vote starting on Thursday in which Russians will approve or reject an array of reforms, including one that could allow Putin to serve two more terms in the Kremlin instead of stepping down in 2024.

Putin promised to expand a programme to help families with mortgages and to offer a one-off payment next month of 10,000 roubles for each child they have aged up to 16, measures he said would help them weather the fallout from the coronavirus crisis.

Russia, which has registered the world’s third largest number of coronavirus cases, has largely ended its lockdown, but the crisis is expected to cause a 6% economic contraction this year.

Putin also proposed cutting tax on IT companies’ profit to 3% from 20%. Though short on details, the proposal prompted Russian internet giant Yandex’s shares to rise more than 3%.

SHANGHAI (Reuters) – A former chairman of the China Development Bank, Hu Huaibang, has been expelled from the country’s ruling Communist Party for serious violations of discipline, the party’s graft watchdog said on Saturday. An investigation found that Hu had “lost his ideals and convictions” and had committed violations such as using his post to […]

Exclusive: South Africa’s auto industry could cut up to 10% of workforce due to lockdown – survey

By Emma Rumney JOHANNESBURG (Reuters) – South Africa’s auto industry might have to lay off up to 10% of its workforce because of a three-week lockdown, according to an industry-wide survey provided to Reuters by the National Association of Automobile Manufacturers of South Africa (NAAMSA). The survey, dated April 8, estimates the 21-day national lockdown […]

Joe Biden plans a vaccination blitz, but supplies are scarce.

WASHINGTON — President-elect Joseph R. Biden Jr., racing against a surge in coronavirus cases and the emergence of a new variant that could significantly worsen the pandemic, is planning a vaccination offensive that calls for greatly expanding access to the vaccine while promising to use a wartime law to expand production. But his plan is […]