WASHINGTON (Reuters) – U.S. Attorney General William Barr deserves to be impeached over the firing of a federal prosecutor whose office had been investigating President Donald Trump’s personal lawyer but the effort would be a “waste of time,” a leading Democratic lawmaker said on Sunday. 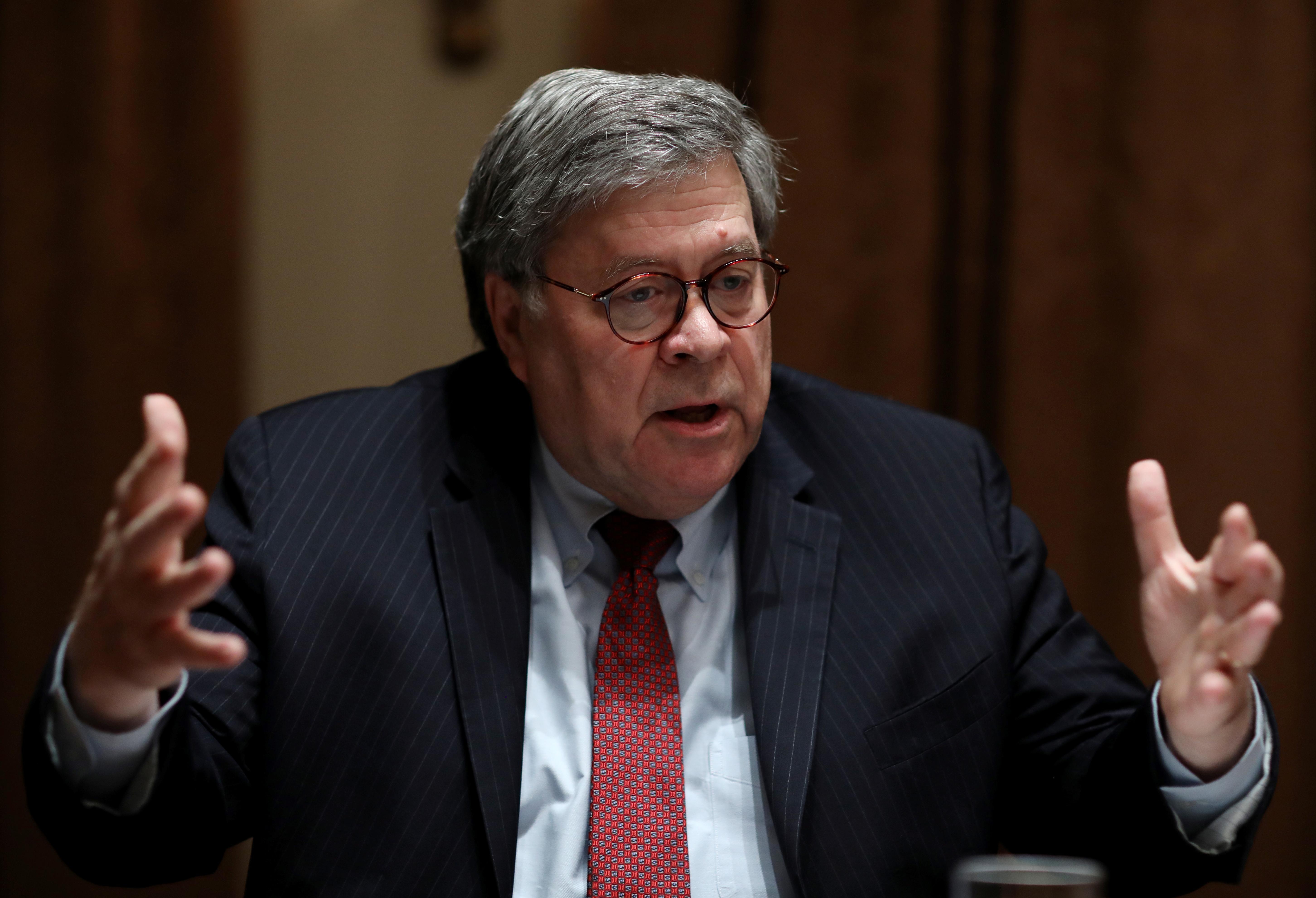 Jerrold Nadler, the House of Representatives Judiciary Committee chairman who helped lead the Trump impeachment hearings last year, told CNN’s “State of the Union” that the Republican-led Senate would block any effort to sanction Barr.

The firing of Berman was the latest in a series of moves by Barr that critics say aim to benefit Trump politically and undermine the independence of the Justice Department.

Nadler’s comments on Sunday underscore the challenges Democrats on Capitol Hill face in trying to rein in Barr with a Senate dominated by Republicans who are wary of criticizing Trump before the Nov. 3 presidential election.

Nadler said his panel would nonetheless investigate Trump’s firing of prosecutor Geoffrey Berman on Saturday after an extraordinary standoff over the independence of one of the country’s most important federal prosecutor’s office.

The U.S. attorney for the Southern District of New York has not shied from taking on figures in Trump’s orbit and had been investigating his private lawyer, Rudy Giuliani.

U.S. Representative Adam Schiff, the lead prosecutor in Trump’s impeachment, told NBC’s “Meet the Press” the motivation for firing Berman was suspect, “given the pattern and practice of both the president in seeking to use the justice system to reward friends, punish enemies, protect people he likes, and Bill Barr’s willingness to carry that water for the president.”

Nadler said he has asked Berman to testify in the Judiciary Committee’s investigation of political interference at the Justice Department launched earlier this year.

Nadler said he did not know if Berman would testify at a hearing Wednesday with whistleblowers from the department, “but I’m sure he will testify” at some point.

The dispute began late Friday when Barr announced Berman was stepping down and would be replaced by U.S. Securities and Exchange Commission Chairman Jay Clayton. Berman refused to resign until the Senate confirmed his successor, and said his office’s investigations would continue.

Only after Barr backtracked from his plan to hand pick the acting U.S. attorney, allowing Berman’s deputy Audrey Strauss to take the reins, did Berman agree to step down on Saturday.

Some Democratic lawmakers, including Senator Elizabeth Warren, have called for Barr’s impeachment. The Senate, where Republicans hold 53 of 100 seats, would never vote for that so the Democrat-led House would have to pursue alternative measures, Nadler said, citing his proposal to cut $50 million in funding from Barr’s personal budget.

On Saturday evening, at least 135 former federal prosecutors weighed into the political storm with a petition blasting Trump and Barr for “undermining confidence in our criminal justice system.”

Clayton’s links to Wall Street – Deutsche Bank AG was among his clients at law firm Sullivan & Cromwell – could require him to recuse himself from a number of probes. Deutsche Bank, one of the largest creditors for Trump’s hotels, golf courses and other properties, remains under Justice Department investigation.

Republican Senator Tim Scott on Sunday played down concerns that Clayton might try to neuter investigations related to Trump and his businesses.

“There is no indication that those investigations will stop,” Scott said on ABC’s “This Week,” calling Clayton a “straight shooter.”

We will use your email address only for sending you newsletters. Please see our Privacy Notice for details of your data protection rights. MPs have been encouraged to back a flagship Brexit legislation which will implement controls on foreign vessels seeking to access UK fishing waters. The SNP have attempted to block any further amendments […]

WASHINGTON — President Joe Biden on Friday signed a bipartisan bill to extend government funding for three weeks to give Congress more time to reach an overdue deal financing federal agencies through the rest of the fiscal year, the White House announced. The Senate approved the measure Thursday by a bipartisan 65-27 vote, five more […]

Pakistan must be sanctioned for its support of Taliban and IS-K, says ex-diplomat

Bank of America adds advisors to cater to the ultra-wealthy

Trump impeachment: What happens next?

‘Can hardly believe it!’ Brits bake in 18C heat as conditions set to worsen Monday

This is another News Portal > World News > Daily horoscope for March 8, 2022 – The Denver Post