(Reuters) – Jagmeet Singh, the head of Canada’s New Democrat Party (NDP), was ejected from the House of Commons on Wednesday after he called a member of another opposition party racist and for refusing to apologize or withdraw his comments. 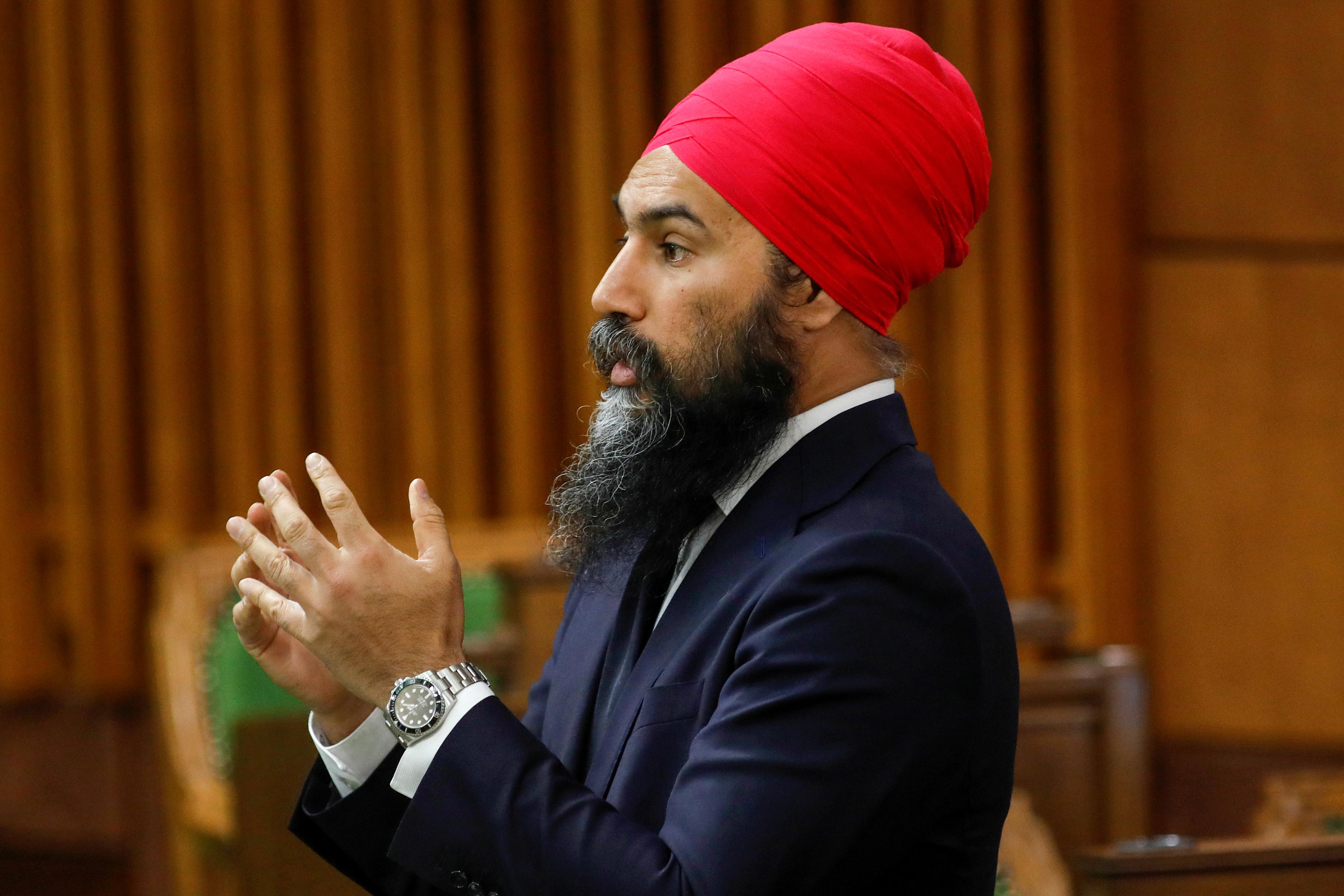 Singh, the first minority leader of a federal Canadian political party, was trying to secure support for a motion recognizing the existence of systemic racism in the Royal Canadian Mounted Police (RCMP).

When Bloc Québécois MP Alain Therrien refused to support the motion, Singh called him racist, prompting speaker Anthony Rota to kick Singh out for the rest of the day, the Canadian Broadcasting Corp reported.

Later, Singh told journalists he was angry during the moment and stood by what he said: “In that moment, I saw the face of racism.”

The motion, which asks MPs to support a review of the RCMP’s budget and other matters, comes as many Canadian cities have seen anti-racism rallies in recent weeks, on the heels of similar demonstrations in the United States. The U.S. rallies were triggered by the recent killing of a black man after a white policemen knelt on his neck for over eight minutes.

Earlier this month, Chief Allan Adam of Athabasca Chipewyan First Nation alleged the RCMP had beat him in March during an incident involving an expired licence plate.

The Bloc Québécois issued a statement saying: “Discrimination against indigenous communities and cultural minorities is a major issue” but the public safety committee is currently studying systemic racism in the RCMP and it should be allowed to do its work, CBC reported.

Canada is a multicultural country, and more than 22% of the population is made up of minorities, and another 5% are aboriginal, according to the latest census.

“Systemic racism exists in Canada… but Canada did not bring any changes to federal policing…why can’t we act?” Singh later said.

This revamp will be different, says HSBC boss; staff not so sure

By Sumeet Chatterjee and Sinead Cruise HONG KONG/LONDON (Reuters) – Noel Quinn, the interim chief executive of HSBC <HSBA.L>, says this time things are going to be different. Unveiling the bank’s third overhaul since the financial crisis, Quinn told Reuters this week that the latest revamp would be less reliant on external factors, such as […]

By Olesya Astakhova and Katya Golubkova MOSCOW (Reuters) – This week’s oil price rout had become inevitable and cutting output has ceased to make sense because it is unclear how deep the impact of the coronavirus on demand will be, Russia’s deputy energy minister said in an interview with Reuters on Wednesday. Last week, Saudi […]

MEXICO CITY (Reuters) – German automaker Volkswagen said on Wednesday it would extend until April 30 a suspension of activities at two production plants in central Mexico after the government declared a health emergency because of coronavirus. Volkswagen <VOWG_p.DE> is among manufacturers worldwide who are responding to a fall in demand, as well as supply […]

A Leap Into the Unknown: Post-Brexit, Britain Goes It Alone

Haacaaluu Hundeessa: The protest singer who became an Oromo icon

This is another News Portal > Business > Michael Avenatti Gets 2.5-Year Prison Sentence in Nike Extortion Case