Prosecutor says German authorities do not have Madeleine McCann’s body, but they have ‘concrete evidence, facts’. 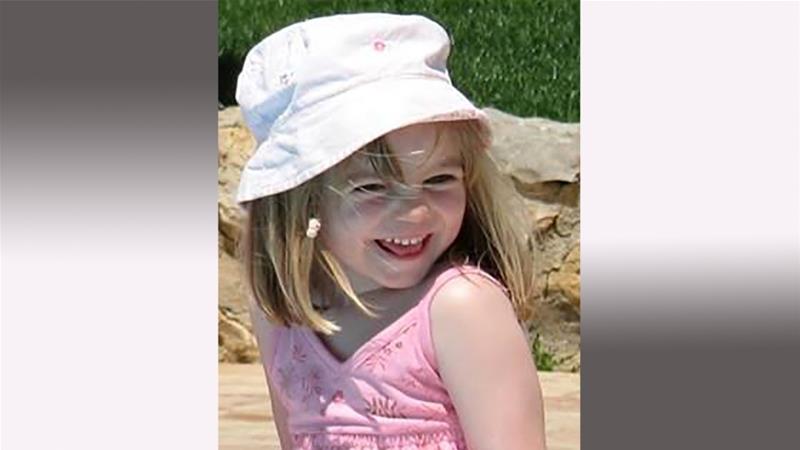 Authorities in Germany have “concrete evidence” that missing British girl Madeleine McCann is dead, according to a prosecutor.

Brunswick prosecutor Hans Christian Wolters told the AFP news agency on Wednesday it was unable to disclose exact information, but the authorities had “concrete evidence, facts that we have, not mere indications”.

“We have no forensic evidence of Madeleine’s death, such as a corpse,” he said.

Police raised hopes in early June that the mystery over the disappearance of the then-three-year-old could finally be solved when they revealed they are investigating a 43-year-old over her disappearance from the Portuguese holiday resort of Praia da Luz in 2007.

The suspect, who was not named by police but identified as Christian B by German media, has a history of previous sex offences including child sex offences and rape.

Prosecutors said they were working on the assumption that McCann is dead, though authorities in the United Kingdom continued to treat her disappearance as a missing persons case.

Wolters said German authorities have written to the McCann family but declined to give details of the content of the letter.

He also confirmed that Christian B has applied to be released early on probation from prison in Kiel, where he is currently serving a sentence for drug trafficking.

However, the suspect will not be freed from custody due to an arrest warrant for the rape of an elderly woman in Portugal, Wolters said.

McCann went missing from her family’s holiday apartment on May 3, 2007, a few days before her fourth birthday, as her parents dined with friends at a nearby tapas bar.

Her disappearance sparked one of the biggest searches of its kind in recent years.

Despite a wide range of suspects and theories about what happened, no one has ever been convicted over her kidnapping and no trace of her has ever been found.

By Trevor Hunnicutt LAS VEGAS – Democratic U.S. presidential candidate Bernie Sanders said on Saturday that Mike Bloomberg would not generate the “excitement and energy” needed to win the White House, focusing on a rival still not fully participating in the race. “The simple truth is that Mayor Bloomberg, with all his money, will not […]

BEIRUT (Reuters) – Since Lebanon was placed in lockdown to curb the spread of coronavirus, cash-strapped banks have cut access to dollars for depositors already separated from much of their savings by months of tightening controls. The health ministry has recorded 163 infections from coronavirus so far and experts warn Lebanon’s healthcare system may be […]

Changing Rooms: Behind the door of 11 Downing Street