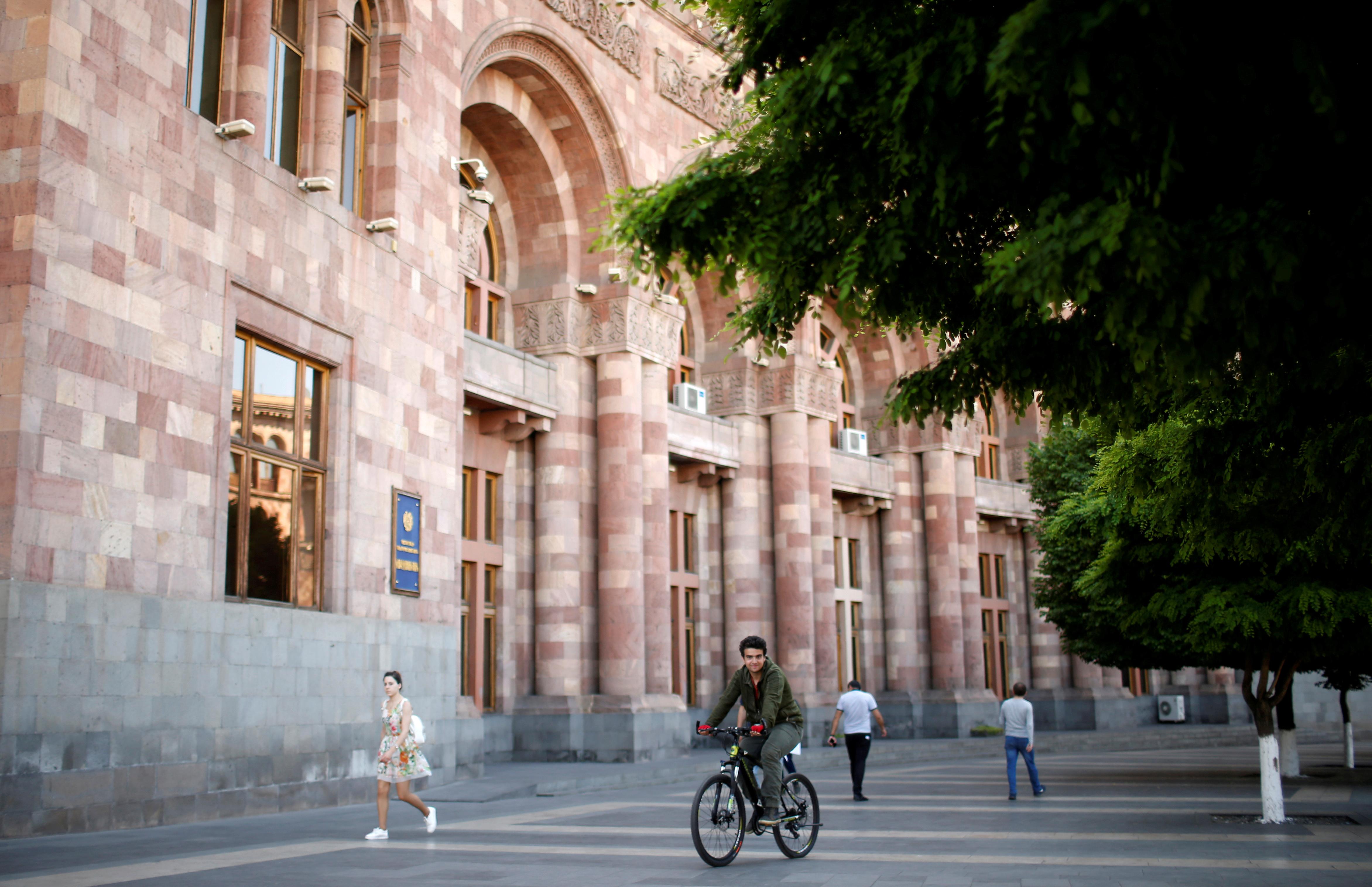 YEREVAN (Reuters) – Armenia’s parliament on Tuesday voted to strip the head of the biggest opposition faction of his parliamentary immunity and allow him to be arrested on suspicion of fraud.

Gagik Tsarukyan, leader of the Prosperous Armenia party and one of Armenia’s richest businessmen, has denied any wrongdoing and told the assembly that the move was politically motivated.

Tsarukyan has been under investigation by the national security service on suspicion of vote buying, fraud and illegal land appropriation. Last Sunday his home was raided and he was interviewed.

Tsarukyan has recently accused Prime Minister Nikol Pashinyan and his government of mishandling the economy and failing to fight the coronavirus epidemic effectively.

Armenia, a country of 3 million, had registered 17,489 confirmed coronavirus cases and 293 deaths as of Tuesday, and is the worst-affected country in the South Caucasus region. The government now expects the economy to shrink 2% this year, after previously projecting growth of 4.9%.

Pashinyan and his party came to power two years ago after a peaceful revolution against corruption and cronyism, with which Tsarukyan aligned himself towards the end.

Tsarukyan’s party won 26 out of 132 seats in a parliamentary election in December 2018. Some of its members joined Pashinyan’s cabinet, but they were soon dismissed.

By Richard Cowan and Susan Cornwell WASHINGTON (Reuters) – U.S. President Donald Trump’s impeachment trial, which begins next week, may pose one of the greatest political challenges Senate Majority Leader Mitch McConnell has faced in more than three decades in Congress. As usual, he is showing little sign of the pressure. McConnell, the top Republican […]

By Munsif Vengattil and Tina Bellon (Reuters) – Tesla Inc <TSLA.O> beat Wall Street estimates for annual vehicle deliveries and met the low-end of its own target, sending shares to a record high in a vindication for Chief Executive Elon Musk after a few turbulent years. Boosted by demand for its mass-produced Model 3 sedans […]

ANKARA (Reuters) – The International Monetary Fund said on Friday that Turkey’s monetary policy easing had “gone too far” and called on Ankara to ensure that fiscal policy remained a main policy anchor. The central government’s budget deficit has widened this year as Ankara ramped up spending in the wake of a currency crisis that […]