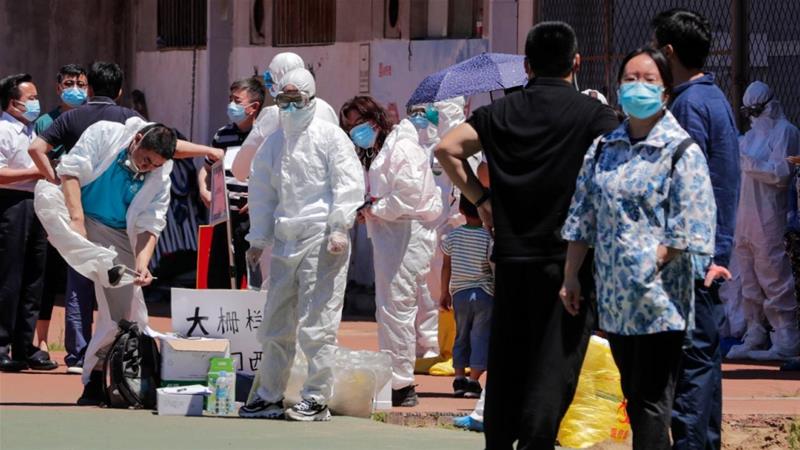 Beijing has reported a second consecutive day of record new numbers of coronavirus infections on Monday, adding urgency to efforts to rein in a sudden resurgence of the disease, known as COVID-19, in the Chinese capital.

The recent outbreak has been traced to Xinfadi, a wholesale food market that is said to be the biggest in Asia and provides 80 percent of Beijing’s farm produce supply from both domestic and overseas sources.

The market has been shut, tens of thousands of nearby residents are being tested for the virus, and a city-wide campaign launched to identify people who have recently visited the market or been in contact with people who have. Some schools have started to suspend classes.

“The risk of the epidemic spreading is very high, so we should take resolute and decisive measures,” Xu Hejiang, spokesman for the Beijing city government, said at a press conference on Monday.

At least 11 residential compounds neighbouring the market have been sealed off. Restaurants in the city have also been ordered to conduct tests on all their uncooked food.

Beijing officials confirmed 36 new COVID-19 cases for June 14, the same as a day earlier, which was the city’s highest daily count since late March. Officials have now reported 79 cases over just four days, the biggest concentration of infections since February.

A number of neighbourhoods in the west and southwest of Beijing have been upgraded to medium-risk, which calls for measures such as the strict control of people and vehicle movements, disinfection and temperature checks.

One neighbourhood in the same district as the food market was raised to high-risk, denoting the most severe level of infection, with a warning to people to avoid it.

Samples from 8,950 people who were recently at Xinfadi had been collected as of early Monday, said Gao, adding that results from the 6,075 tested so far were negative.

The new Beijing cluster prompted governments in some cities and provinces to warn their residents against non-essential travel to the capital, and to implement isolation protocols and testing for some incoming visitors from the capital. 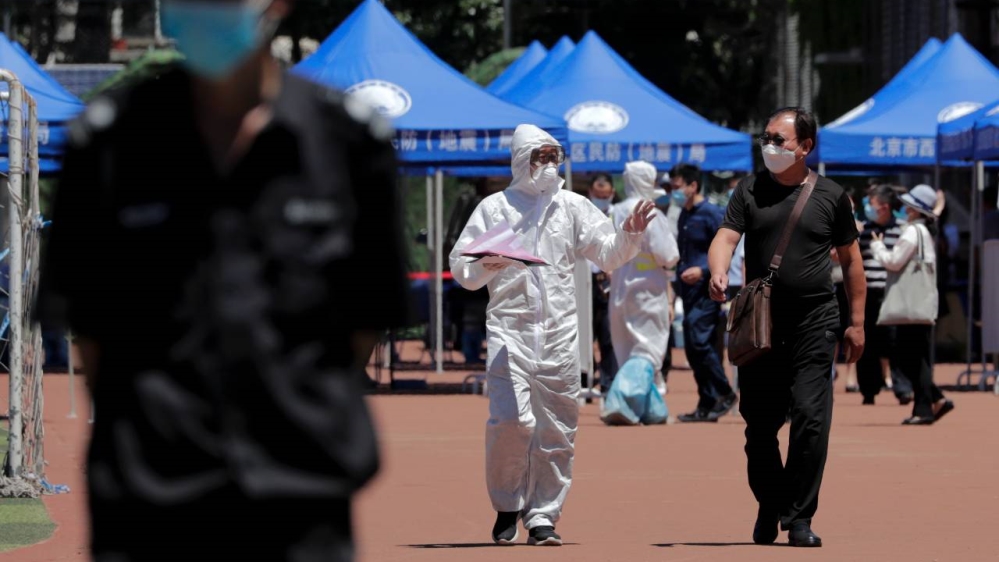 The northeastern province of Liaoning and northern Hebei province have reported a combined handful of cases connected to the Beijing infections. Sichuan in the southwest reported one suspected case on Monday.

The World Health Organization (WHO) said on Sunday it had been informed of the outbreak by Chinese officials who were investigating its source and extent, and that it underlined the need for thorough investigations.

“Genetic sequencing from humans and environmental samples is ongoing, and WHO encourages the release of these sequences as soon as possible,” WHO said in its statement.

An epidemiologist with the Beijing government said on Sunday that a DNA sequencing of the virus showed the Xinfadi outbreak could have come from Europe.

“Our preliminary assessment is the virus came from overseas. We still can’t determine how it got here. It might’ve been on contaminated seafood or meat, or spread from the faeces of people inside the market,” state media quoted Yang Peng as saying.

(Reuters) – The coronavirus crisis is likely to cut home and office building prices, may lead to a permanent shift in the demand for office space, and could push highly indebted households and companies toward default, Boston Federal Reserve bank president Eric Rosengren said on Wednesday. His remarks in an online event with the Boston […]

BERLIN (Reuters) – Big European Union solidarity packages will only be possible in future if member states are prepared to move in the direction of a fiscal union, German Finance Minister Olaf Scholz said on Thursday. Speaking as EU leaders discussed how to help the bloc recover from the economic effects of the coronavirus pandemic, […]

Taliban names new Afghanistan Prime Minister: 5 things to know – and what it means for UK

For Biden’s Economic Team, an Early Focus on Climate

Analysis: What U.S. inflation signs would cause Fed to change course?