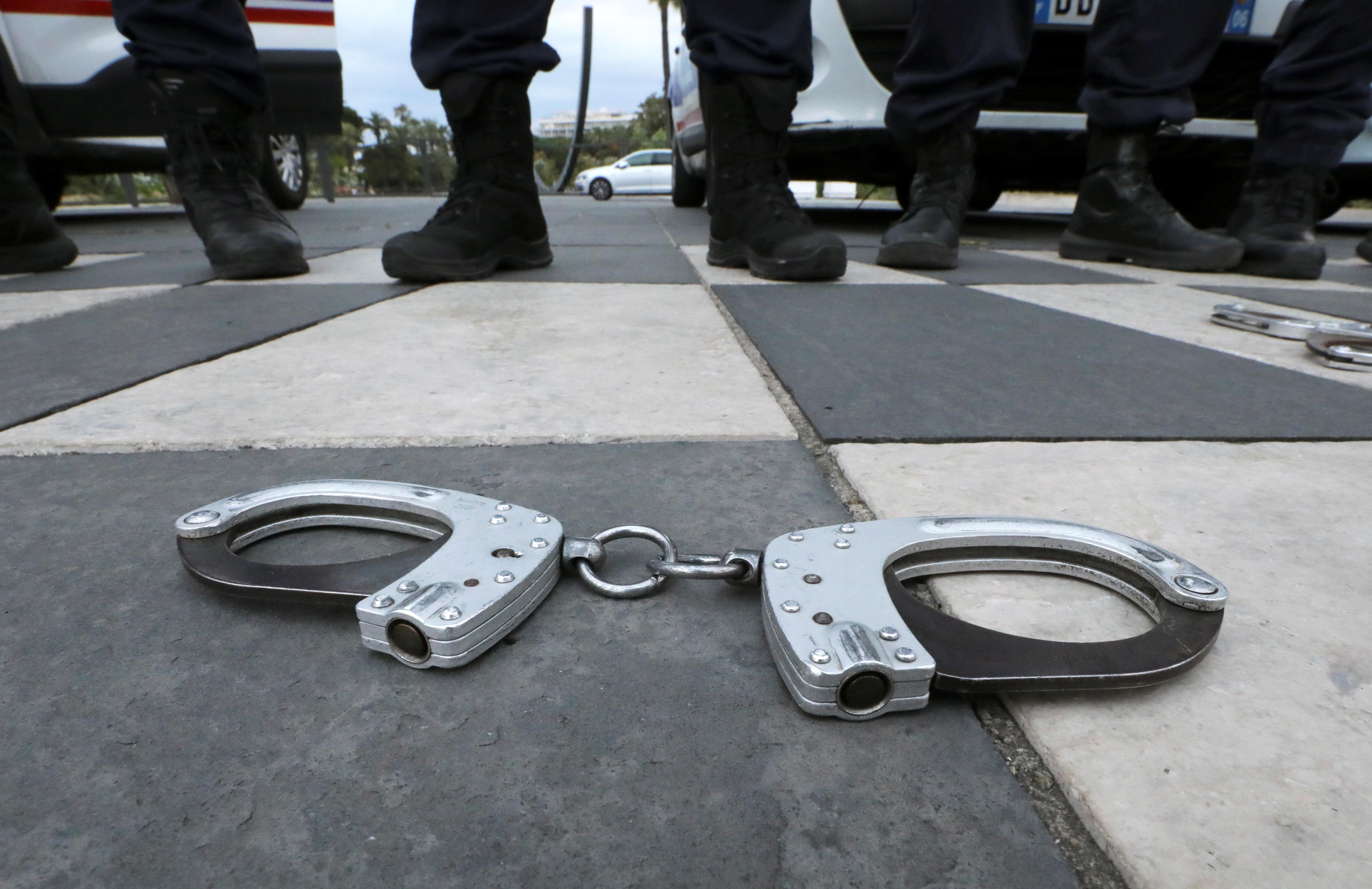 There were other protests late on Thursday in numerous towns and cities across France and Interior Minister Christophe Castaner sought on Friday to allay discontent among police following a meeting with police unions.

“The Minister and the Secretary of State reaffirmed their full support for the challenges and the unacceptable amalgams of which the police are the target,” the statement from the Interior Ministry said.

In the Paris suburb of Bobigny late on Thursday, officers lined up outside a police station and placed their handcuffs on the ground. In Lyon, police parked their cars around the central Place Bellecour, blue lights flashing.

The unions accuse President Emmanuel Macron and his government of showing disrespect after Castaner on Monday promised “zero tolerance” for racism within law enforcement agencies and banned a chokehold used to detain suspects.

“Colleagues can’t take this any more,” Fabien Vanhemelryck of the National Police Alliance told reporters after Friday’s protesters arrived at the front gate of the interior ministry.

The ministry said in its statement Friday that it would implement suspension measures in cases of racist, sexist, anti-Semitic or discriminatory behaviours only “when the facts are proven” and not when they are based on suspicion.

Regarding the chokehold technique, the ministry said it still considered it as dangerous, adding that police officers can always immobilize a person on the ground in order to handcuff him using other methods.

Police union vehicles in a convoy joining the protest march carried posters reading “No police, no peace”. Another contained graphic images of injuries sustained by police attacked in the line of duty, with the words: “Who is massacring whom?”

“We need to be protected, respected, supported. The police are never above the law, but they should never be left below the law,” Vanhemelryck said.

A wave of anger has swept around the world after the death of George Floyd, an African American who died after a white Minneapolis police officer knelt on his neck for nearly nine minutes while detaining him on May 25.

The outpouring of emotion has resonated in France, in particular in deprived city suburbs where accusations of brutal, racist treatment of residents of often immigrant background by French police remain largely unaddressed, rights groups say.

Vanhemelryck said the police were being unfairly treated to calm the public. He said the unions told Castaner “to stop buying social peace … where we appease a certain part of the population at the expense of the police.”

A Black Lives Matter protest is planned in Paris on Saturday. Police urged restaurants, shops and businesses between the upscale Place de la Republique and Opera areas to close and board up their windows due to the risk of civil disorder.

By Daina Beth Solomon MEXICO CITY (Reuters) – Spurred on by labor protections in the new North American trade deal, a top Mexican trade union has accused Home Depot <HD.N> of blocking union activity and threatened strikes next week if the U.S. home improvement chain does not improve pay and benefits for workers. The Revolutionary […]

By Tom Sims and Patricia Uhlig FRANKFURT (Reuters) – Deutsche Bank <DBKGn.DE> on Friday appointed https://www.db.com/newsroom_news/2020/sigmar-gabriel-nominated-to-join-deutsche-bank-s-supervisory-board-en-11462.htm former German government minister Sigmar Gabriel, who once criticized the lender for a business model built on speculation, to its supervisory board. Deutsche Bank, reeling from a series of scandals and years of losses more than a decade after […]

Saudi Aramco appoints Mark Weinberger to board of directors

DUBAI (Reuters) – Saudi Aramco has appointed Mark Weinberger to its board of directors as an independent board member, replacing Andrew Gould, the company said in a statement on Sunday. Weinberger was the global Chairman and CEO of EY (previously known as Ernst & Young) from 2013 to 2019. He currently serves as a director on […]