Violent thunderstorms will sweep across the UK this weekend, in a weather warning issued in the latest BBC forecast. Britons can also expect gusty winds and large hail at times, according to BBC meteorologist Matt Taylor. However, this will coincide with soaring temperatures in the country, with cities like London expected to reach 24C within the next day.

Taylor told BBC Breakfast viewers: “There will sunshine for a lot of you this weekend, and it is starting to feel a lot more humid and pretty warm out here.

“All of that will combine and for some of you that will turn quite nasty with the weather over the next few days, with thunderstorms, gusty winds and large hail at times.

“Today the thunderstorm risk is mostly across south-west England and Wales.

“Tomorrow that drifts across most of Wales, and north-west England and parts of the Midlands and then by Sunday the nastiest thunderstorms will reach into Northern Ireland as well.” 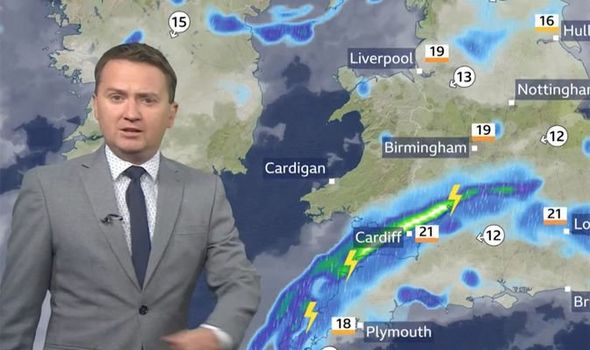 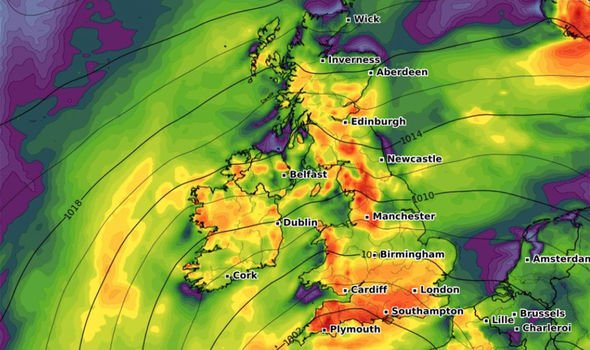 Taylor continued: “It is something to keep an eye on as we move into the weekend.

“We have a huge area of low pressure in the Bay of Biscay and the heaviest of the rain will come courtesy of this.

“Some spots in North-East England have seen more rain in the last 24 hours than they saw all spring, and there’s more rain to come today.

“The rain entering the south of England will spread northwards. Today that will cover south England and south Wales. 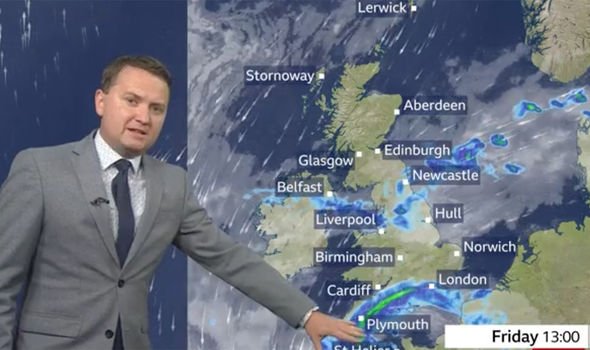 “It is that which will become quite intense at times, torrential rain for some, thunderstorms as well.”

Taylor said the temperatures overnight will be in “double figures,” adding: “That means it will be quite a humid start for most of you.”

He warned that the warm temperatures on Saturday, where London will reach 24C, will go even higher by Sunday. 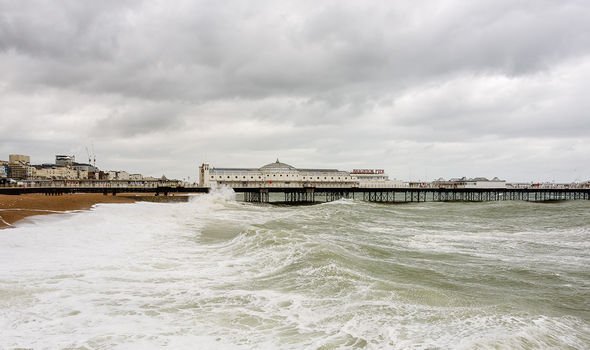 This comes as the Met Office has warned rain will become heavy and persistent with rainfall totals of up to 2.7 inches (70mm) expected in some areas this weekend.

In their latest forecast, which covers June 15 to 24, the Met Office said “largely dry” conditions would turn to showers and thunder.

The forecast said showers may be “heavy and merge into longer spells of rain at times with a risk of thunder also, although thunder mainly in southern or southwestern parts of the UK.”

Private equity’s talent challenge: Keeping it out of the family

By Chibuike Oguh (Reuters) – Family offices, which handle the wealth of the very rich and their kin, are increasingly poaching young talent from buyout firms, challenging the private equity industry’s claim as the destination of choice for aspiring dealmakers. The five executive headhunting firms with the biggest market share on Wall Street – Korn […]

By Joseph Ax and Ginger Gibson (Reuters) – Former Vice President Joe Biden scored sweeping victories on Tuesday, winning at least four of the six states holding contests in the race to select the Democratic nominee who will take on Republican President Donald Trump in the November election. Biden and Senator Bernie Sanders of Vermont […]

Into the ‘Thielverse’: Tech billionaire’s influence has global ramifications

This is another News Portal > World News > Brexit could mean £5 billion tax loss from finance: academic