The former prime minister was killed in 1986 when he was shot in the back after leaving a cinema. The assassination shocked Sweden, where political violence is very uncommon.

Swedish prosecutors have named Stig Engström as the killer of the former prime minister.

Stig Engström was a graphic designer known as “Skandia Man”, named after the insurance company he worked for.

He killed himself in 2000, leading officials to close the investigation into Mr Palme’s death. 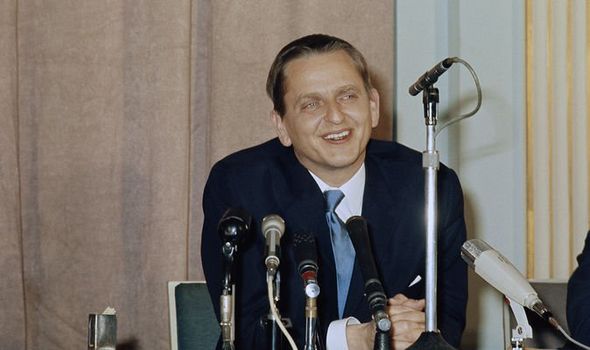 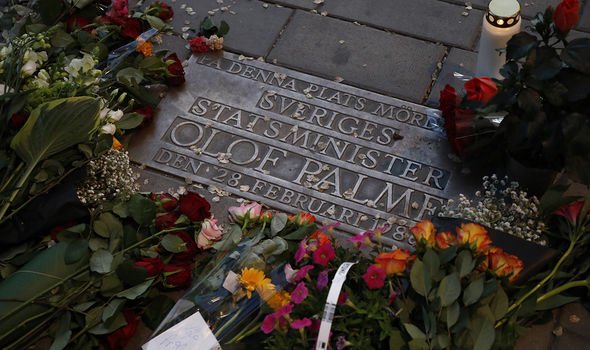 The announcement was welcomed by Mr Palme’s three sons as “compelling” closure to the mystery of their father’s death.

Marten Palme, 58, who had said goodbye to his father minutes before the assassination, told Swedish television: “I think the suspicions regarding this suspect are credible.

“But you can’t say with 100 per cent certainty that he was the person who carried out the killing.”

He also told the BBC: “It was, of course, a bit disappointing that they didn’t have more conclusive evidence, like DNA or a weapon that they could trace to the crime.” 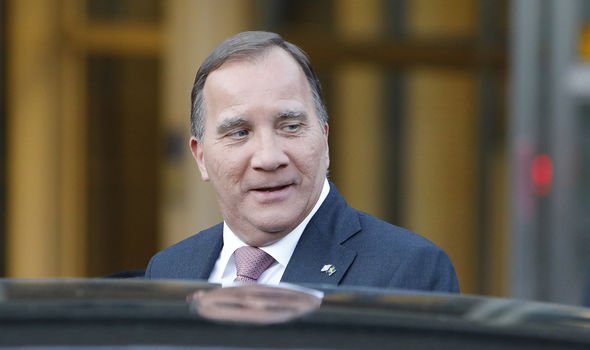 Chief Prosecutor Petersson said at a news conference: “The person is Stig Engstrom.

“Because the person is dead, I cannot bring charges against him and have decided to close the investigation.”

While the murder weapon has not been found, and no new forensic evidence has been revealed, prosecutors examining Engstrom’s statements to police concluded that his account of the events was not consistent.

Mr Petersson added: “How he acted was how we believe the murderer would have acted.”

Prime Minister Stefan Lofven reacted to the shocking statement, and said that it had been “a day full of emotions” and underlined that it was “not the government’s place to judge prosecutors’ conclusions”.

Mr Lofven said: “The shots on Sveavagen on that February night in 1986 turned into a crisis, a wound, a riddle without an answer.

“It is my sincerest wish that the wound can now begin to heal.”

He added that Swedish governments had taken responsibility for failures in the investigation by setting up an inquiry: “The best way to bring this matter to a close would, of course, have been a court decision.

“It is undoubtedly true that mistakes have been made during the decades the matter has been investigated.” 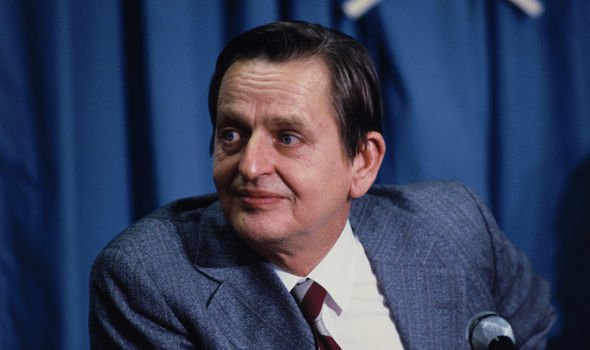 Swedish police botched the investigation early on, where they failed to cordon off the murder scene properly, allowing onlookers to walk around and destroy potential forensic evidence.

Christer Pettersson was convicted of the crime in July 1989 after Lisbet Palme, Olof’s wife, identified him in a widely criticised line-up.

But Mr Pettersson was freed months later by an appeals court which dismissed Mr Palme’s widow’s testimony on a technicality.

Lisbet Palme died in 2018 without knowing conclusively who murdered her husband.

Hundreds of ants discovered in unopened box after eight months

A bizarre hoard of ants stored in 250 individual tubes shocked workers who opened a mystery sealed box. Incredibly some of the ants were still wriggling inside their tiny containers, despite having nothing to live off for eight months. The surviving critters will be rescued by a safari park keeper after a company that buys […]

PARIS (Reuters) – French President Emmanuel Macron said on Thursday that he will not let down French fishermen in post-Brexit trade negotiations and that France will seek compensation if it doesn’t get the same access to British waters as before. British fishing grounds are among the richest in the North East Atlantic zone where most […]

Cathay Pacific to cut global capacity by 30% amid coronavirus epidemic

SYDNEY (Reuters) – Hong Kong’s Cathay Pacific Airways Ltd <0293.HK> plans to cut 30% of its global capacity over the short-term, including 90% of capacity to mainland China as it grapples with a sharp fall in demand due to the coronavirus epidemic, its CEO said on Tuesday. “We will monitor the situation closely and adjust […]

Australia evacuates parts of its capital as bushfire conditions return

Look out: Carters warns of building sector product price rises up to 27.5% early next year