While Sunday is expected to bring an improvement to the weather for many parts of the UK compared to Saturday, thunder and downpours remain in the forecast. Later in the week, the Met Office told Express.co.uk it is currently monitoring a potential low pressure system over the Atlantic. If the system does form, it could bring strong winds and heavy downpours to much of the UK.

On Saturday some parts of the UK saw thunder and lightning, with the Met Office tweeting: “Thundery showers are pushing southwards bringing the risk of hail and lightning with some heavy downpours.”

Over the next few days more thunder and lightning is a possibility, including on Sunday and later next week.

On Sunday Netweather forecast thunder as well as hail and downpours for some regions of the country.

The Netweather forecast reads: “Sunday sees the weather beginning to improve a little, but it’ll remain chilly in the wind. 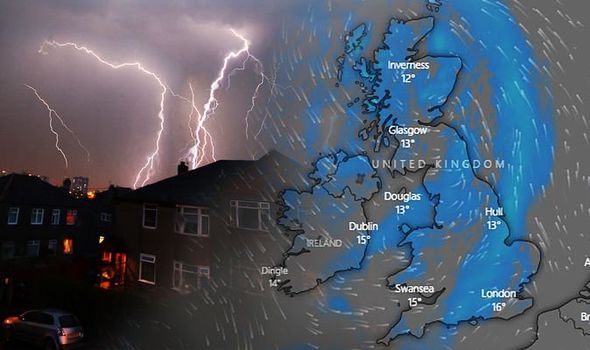 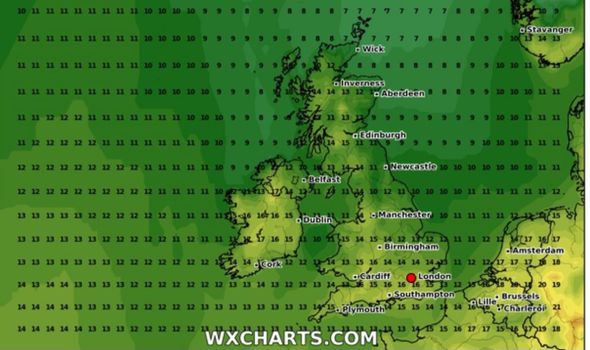 “There’ll be a further scattering of showers particularly in the East where a few could still be heavy giving local hail and perhaps thunder.

“In the West the showers will be fewer and not everywhere will catch one, with the best of the sunny spells on offer where you have shelter from a North West or northerly wind that won’t be so blustery.

However, for those hoping the weather will improve at the start of next week, any improvement is expected to be short-lived before rain, wind and potentially more thunder arrives later on. 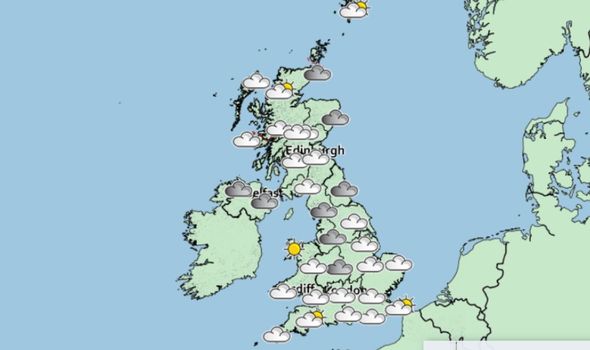 Met Office meteorologist Luke Miall told Express.co.uk: “Early next week looks like it will probably start off drier for many with high pressure for a couple of days, some quite drier, sunnier and a bit warmer weather.

“There is a lot of uncertainty through the middle of the week.

“But it looks like we may see another frontal system coming in from the Atlantic, giving a bit more of a changeable spell through the middle of the week.”

He added: “If that came in we’d probably be looking at a bit of a repeat performance of the last couple of days, where we’d see the strong northerly winds and outbreaks of rain.

“But not everywhere would see the worst of it, some areas could be more prone, it just depends on where that low-pressure system goes – if it forms at all.

“We’d be looking at more unsettled weather with rain and strong winds again.”

Sky News weather presenter Isobel Lang said: “The outlook is for some slightly warmer, drier weather at the start of the week before more rain comes in from the northwest during Tuesday.”

The forecast for rain and thunder comes after the UK basked in 20C+ heat in May, which has now been declared the sunniest month on record. 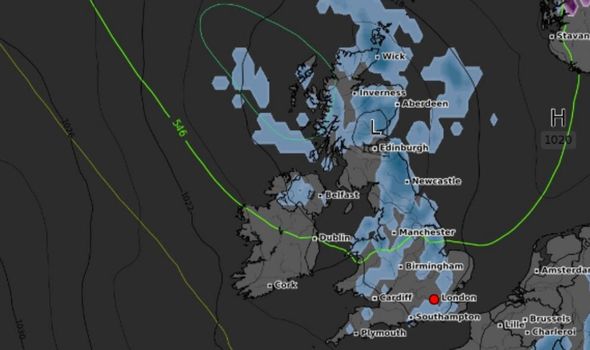 In Spring 2020, 626 hours of bright sunshine were recorded for the UK.

Dr Mark McCarthy, head of the Met Office’s National Climate Information Centre, said: “The most remarkable aspect is just how much some of the May and Spring records for these climate statistics have been exceeded.

“Exceeding the UK sunshine record is one thing, but exceeding by over 70 hours is truly exceptional.”

LONDON (Reuters) – European low cost airline Wizz Air <WIZZ.L> is not looking to defer any of the Airbus <AIR.PA> narrowbody planes it has on order even though it does not expect the market to grow again until 2022, its chief executive said. Wizz CEO Jozsef Varadi told Reuters on Tuesday that he believed the […]

On the trail: In dueling endorsements, Kamala Harris backs Biden, while Jesse Jackson campaigns for Sanders

By Dave Sherwood SANTIAGO (Reuters) – With residents and courts ringing the alarm about depleted water supplies in Chile’s Atacama salt flat, the world’s top lithium miner Albemarle <ALB.N> quietly filed a proposal in December for a network to monitor flows beneath the parched desert floor. The previously unreported move is an indication of how […]

The quarter after the half: Why the next three months are key for stocks

YOUR MONEY: What it means to invest with a gender lens

Wall Street Week Ahead: History suggests rally may slow for U.S. stocks in 2020

This is another News Portal > World News > Wall Street Week Ahead: History suggests rally may slow for U.S. stocks in 2020