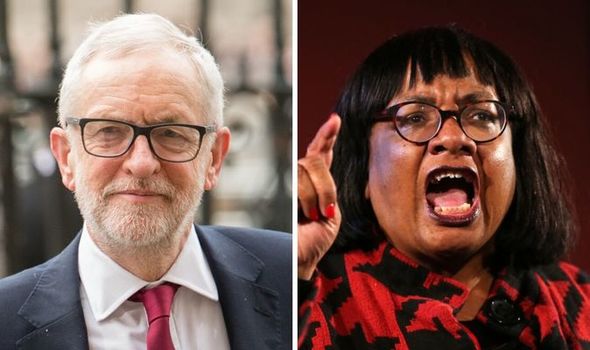 Children in Reception, Year 1 and Year 6 returned to school on Monday as the Government and education unions continue to fight over whether it is safe to do so amid fears around social distancing and the spread of coronavirus. The National Foundation for Educational Research warned parents appear reluctant to send their children back to the classroom after more than two months at home. Its survey of more than 1,200 school leaders found headteachers were expecting nearly half (46 percent) of families to keep pupils at home.

Findings from a survey of local authorities also revealed more than 20 councils across England – predominantly in the north – had also advised schools not to open to more children this week.

Some of those polled claimed the newly-launched NHS Test and Trace system will not be “robust enough” to calm fears over the potential spreading of the virus due to difficulty maintaining social distancing rules.

The Government is expecting most primary schools in England to open to more children this week, with Boris Johnson’s official spokesman insisting: “We have only taken this step because we believe it is safe to do so.”

But writing for the website Labour Outlook prior to the reopening of schools, Ms Abbott said new coronavirus cases are still in their thousands, and there was yet to be a proven system to trace contacts of those testing positive with COVID-19.

She also accused the Government of not treating the health of “ordinary people” as their “first priority”, accusing them of having “contempt for those they rule”.

Ms Abbott said: “There is the issue of how we will get out of this crisis. It is not by ‘putting the economy first’, and sending lower-paid workers and black and Asian workers back to work to risk disease and death.

“Under this government we are already experiencing one of the world’s death tolls. We do not need more of the same. Nor do we need ministers who have supported schools’ cuts for a decade expressing fake concerns of about the education of deprived or vulnerable children.

“This too is all about getting people back to work, otherwise why not the GCSA or A level pupils first? The answer is they do not need carers at home all the time.

“This means both that the number of cases falls to manageable levels and that there is a fully effective system of tracking, tracing and testing the contacts of new cases.

She added: “Currently, this is not the case at all. The new cases number in the thousands, way beyond the current capacity to test all contacts. But there is also no system of tracing those contacts at all.

“Yet this government wants to press ahead regardless. hey clearly seem to believe the health of ordinary people is not their first priority.

“It is ordinary workers, many among the lowest paid, as well as black and Asian people who are disproportionately harmed, alongside the carnage they have presided over in the care homes.

“Our rulers seem to have contempt for those they rule.

“We must do everything we can to stop them inflicting further damage.”

In response to Ms Abbott’s comments about schools remaining shut, Mr Corbyn shared her article on Twitter with a quote from it, adding: “Well said @HackneyAbbott.”

On Wednesday, Labour’s Shadow Deputy Commons Leader Afzal Khan raised concerns with Health Secretary Matt Hancock in the House of Commons about the risk of coronavirus to parents from BAME backgrounds with the reopening of schools.

He said: “Given the disproportionately negative impact COVID-19 is having on BME men and women, has (Mr Hancock) given any consideration to the additional risk the reopening of schools will have on this community and what discussions has he had with the Department for Education about the concerns around BME children returning to school, particularly among parents and what steps are being taken to mitigate these concerns directly?”

Mr Hancock responded: “Of course I’ve had discussions with my colleague (Education Secretary Gavin Williamson) and both of us have taken clinical advice on the decisions around schools.

“I wouldn’t support the changes and the reopening of the schools if I didn’t think they were safe.”

Coronavirus: Boris Johnson insists he has ‘no doubt’ schools can fully reopen safely

The prime minister has said he has “no doubt” that schools can fully reopen safely next month, despite reported warnings from scientists that secondary school pupils transmit coronavirus like adults. Boris Johnson said schools were doing a “huge amount” to make sure the planned return of all pupils to the classroom is done safely amid […]

Man, 74, ‘traumatised’ after ‘being kicked into freezing river by teens’

Exclusive: Drugmakers from Pfizer to GSK to hike U.S. prices on over 200 drugs