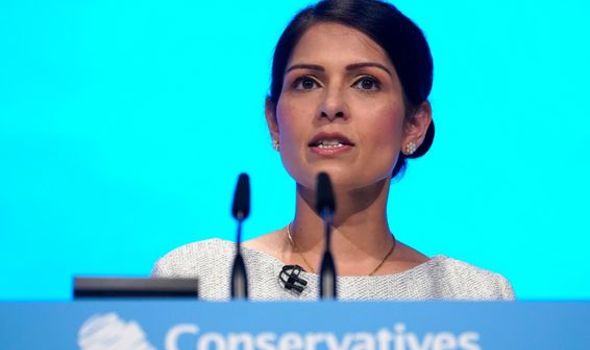 The Home Secretary is “furious” about the crisis and has vowed to put a stop to it.

Tensions have also been raised with the French over allegations that their authorities are escorting boats of illegal migrants into British waters from camps in northern France.

Pressure is mounting on the Government, with Tory MPs writing letters demanding changes. A source close to the Home Secretary said: “She is not happy about what is going on.”

But the source insisted that it was wrong to accuse the French of escorting migrants over the Channel, adding: “They do not have the legal powers to stop the boats from coming over but because they have a duty to rescue they have to shadow these overcrowded boats in French waters.

“The migrants will say they do not need rescuing until they enter British waters when suddenly they say they do and it has become the responsibility of Border Force here.”

The source said this is why the Home Secretary is now seeking to change the law so that boats can be intercepted and turned around before they enter British waters. 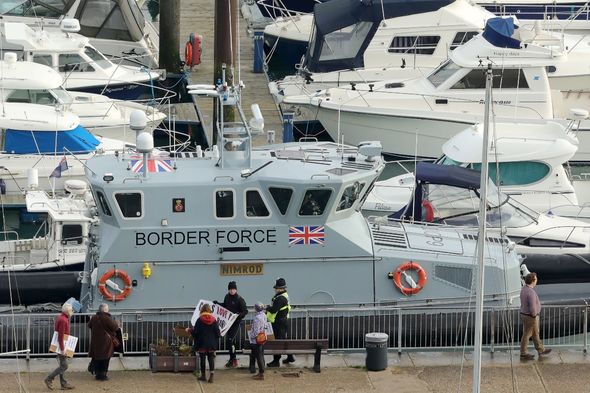 The source said: “We are working with the French on this because they want to resolve this problem too.

“Currently, they are having to open camps in northern France and that is infuriating the local populations so if they can stop the attraction of attempting to make crossings to Britain then it will help them.”

Among the suggestions would be a change in international law to allow the French to intercept boats before they leave their waters.

The Home Office is also suggesting Border Force has permission to intercept boats in French waters and take them back to France.

The issue was highlighted by Mr Farage last week, after he reportedly filmed migrants and French vessels in the Channel.

Mr Farage said Ms Patel is “perhaps not being told the truth” by the French authorities on this issue.

He pointed out that the UK has spent £60million in northern France on measures to prevent crossings and protection systems, but said the French were still unwilling to stop boatloads of migrants coming over.

He said: “It would appear the French navy is incapable of impounding boats because they don’t want to return to France. I think the French are walking all over us.

“I also have to say that Border Force has been far too complicit in this.

“Border Force’s job is to protect our borders, not to aid and abet illegal immigration.

“Border Force should have called out the French about what they are doing. But it hasn’t been called out and I have blown the gaffe on this now.

“The big problem is that virtually nobody is being returned.”

China: Anand Menon discusses 'balancing act' for Boris Johnson We use your sign-up to provide content in ways you’ve consented to and to improve our understanding of you. This may include adverts from us and 3rd parties based on our understanding. You can unsubscribe at any time. More info Director of UK in a Changing […]

WASHINGTON — As the rioters stormed the U.S. Capitol, many of the police officers had to decide on their own how to fight them off. There was no direction. No plan. And no top leadership. One cop ran from one side of the building to another, fighting hand-to-hand against rioters. Another decided to respond to […]