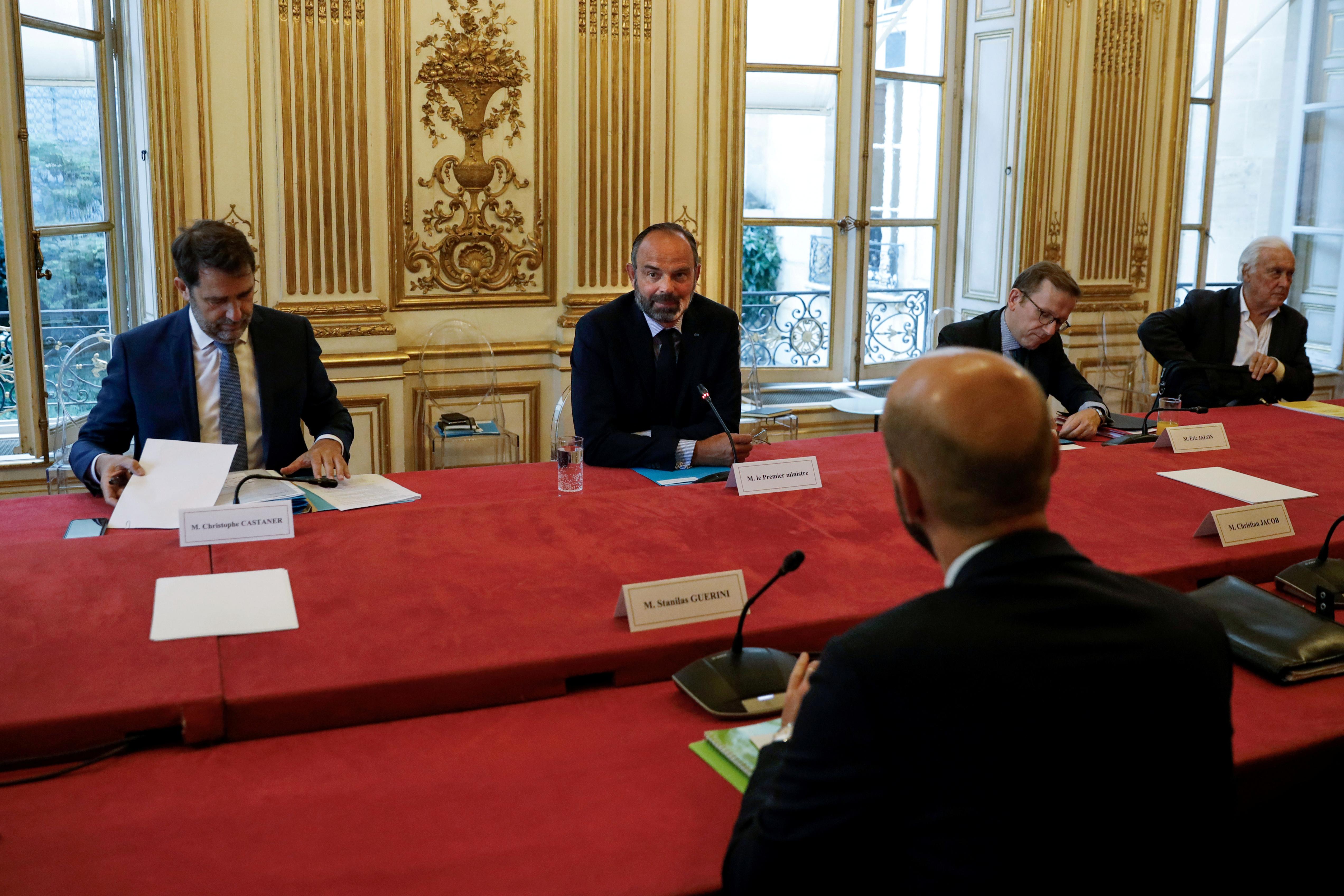 PARIS (Reuters) – The French government is considering holding the final round of mayoral elections at the end of June or redoing the elections completely in January 2021, Prime Minister Edouard Philippe told all party leaders on Wednesday.

Out of the 35,000 cities, towns and villages that France counts, about 30,000 have already elected their mayor in the first round. But many French large cities are among the 5,000 remaining, including Paris, Lyon and Marseille.

Philippe said the elections could only be held at the end of June if conditions surrounding the coronavirus pandemic would allow it and that no final decision had been made, according to party leaders.

A postponement beyond July 1 would require cancelling the results of elections held in March for the cities that did not elect a mayor at the first round and organising a new ballot.

The first round was just two days before the start of a nationwide lockdown, to the bewilderment of many as Philippe then said the vote would go ahead even as he declared all cafes, bars, cinemas and non-essential shops would close until further notice.

France is the world’s fourth worst-hit country in terms of deaths from the novel coronavirus. Its lockdown started to ease last week.

“The majority of the participants are in favour of a ballot on 28 June,” the head of centrist UDI party Jean-Christophe Lagarde told Reuters, asking for a postponement of the vote to 2021.

The organisation of a second round at the end of June “is the preferred option, it seems,” said Socialist Party leader Olivier Faure.

(Reuters) – Shares of Uber Technologies Inc <UBER.N> rose on Friday after the ride-hailing company laid out an ambitious plan to be profitable by the end of 2020, a year ahead of its previous target as it tries to squash Wall Street doubts over its long-term viability. Uber shares, which were down almost 50% percent […]

By Scott DiSavino NEW YORK (Reuters) – Oil prices fell to their lowest level since December 2018 on Monday on weaker Chinese demand in the wake of the coronavirus outbreak and as traders waited to see if Russia would join other producers in seeking further output cuts. Oil has dropped more than 25% from a […]

By Tracy Rucinski CHICAGO (Reuters) – American Airlines Group Inc <AAL.O> said on Thursday it would launch its first direct U.S. flight to Bangalore from Seattle, a new route meant to meet corporate customers’ demand for travel to the center of India’s high-tech industry. As part of the launch targeted for October, American is expanding […]