GENEVA (Reuters) – The head of the World Health Organization said on Monday an independent evaluation of the global coronavirus response would be launched as soon as possible, and China backed such a review. 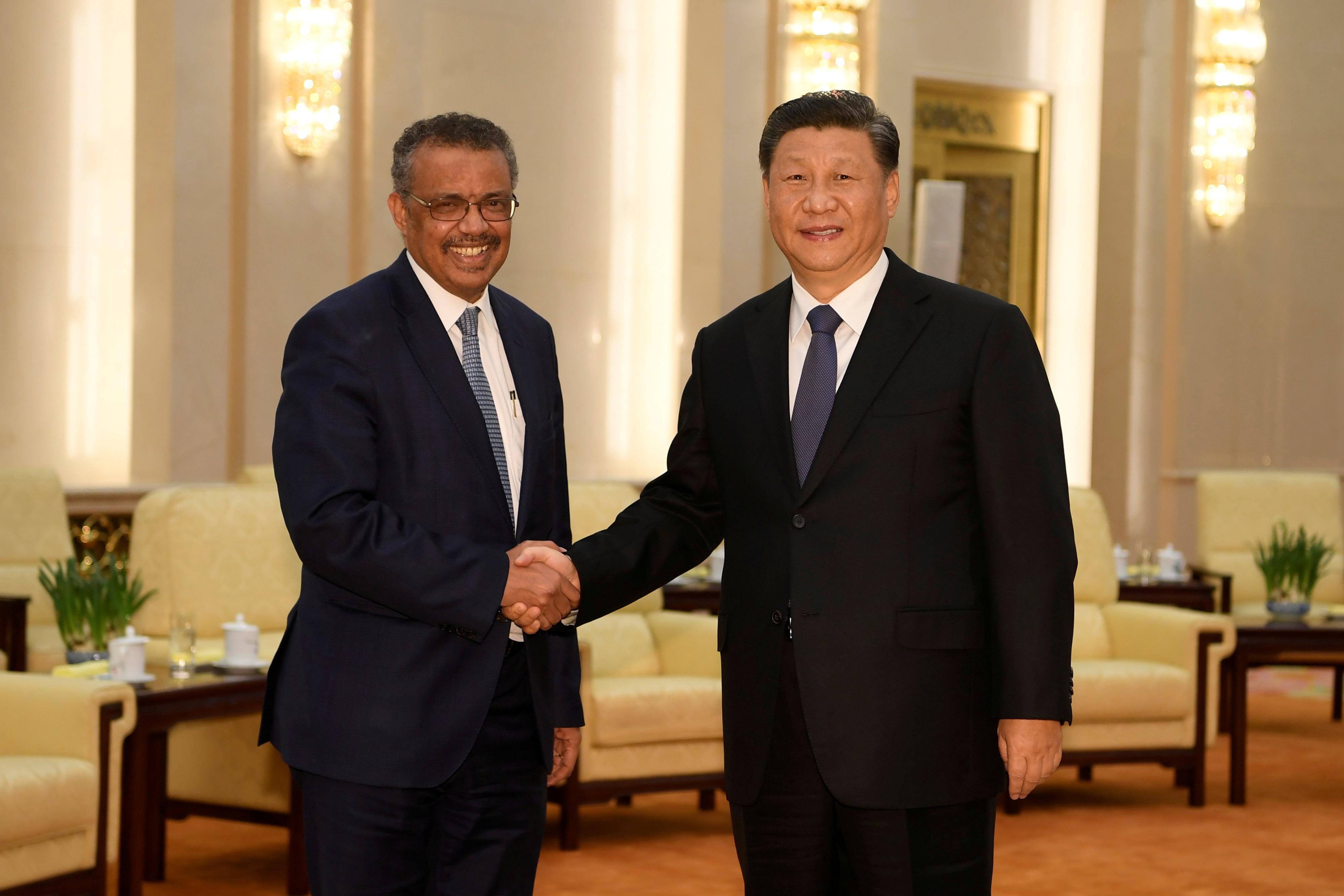 Director-General Tedros Adhanom Ghebreyesus made his promise during a virtual meeting of the WHO’s decision-making body, the World Health Assembly, at which Chinese President Xi Jinping defended his country’s own handling of the crisis.

U.S. President Donald Trump has fiercely questioned the WHO’s performance during the pandemic and led international criticism of China’s handling of the early stages of the crisis.

Tedros, who has always promised a post-pandemic review, said it would come “at the earliest appropriate moment” and provide recommendations for future preparedness.

“We all have lessons to learn from the pandemic. Every country and every organisation must examine its response and learn from its experience. WHO is committed to transparency, accountability and continuous improvement,” Tedros said.

The review must encompass responsibility of “all actors in good faith,” he said.

“The risk remains high and we have a long road to travel,” Tedros added, saying preliminary tests in some countries showed that at most 20% of populations had contracted the disease but most places that less than 10 per cent.

A resolution drafted by the European Union called for an independent evaluation of the WHO’s performance and appeared to have won consensus backing among the health body’s 194 states.

China has previously opposed calls for a review of the origin and spread of the coronavirus, but Xi signalled Beijing would be amenable to an impartial evaluation of the global response once the pandemic is brought under control.

“This work needs a scientific and professional attitude, and needs to be led by the WHO. And the principles of objectivity and fairness need to be upheld,” he told the meeting via video.

Calling the pandemic the most serious global public health emergency since the end of World War Two, Xi said: “All along we have acted with openness and transparency and responsibility.”

A draft of the EU resolution made no mention of China.

WHO and most experts say the virus is believed to have emerged in a market selling wildlife in the central city of Wuhan late last year. U.S. Secretary of State Mike Pompeo said this month there is “a significant amount of evidence” the virus came from a laboratory in Wuhan, a charge China rejects.

A draft text of the EU resolution urges Tedros to initiate an “impartial, independent and comprehensive evaluation” of the response to COVID-19 under the WHO “at the earliest appropriate moment.”

Diplomats said the United States, which suspended its funding of the WHO during the crisis, was unlikely to block a consensus backing the resolution.

But it could “dissociate” itself from sections referring to intellectual property rights for drugs and vaccines, and to continued provision of services for sexual and reproductive health during the pandemic, they said.

U.N. Secretary-General Antonio Guterres called the WHO “irreplaceable”. South African President Cyril Ramaphosa said Africa affirms its “full support”, but assistance to the continent should include debt relief and help with diagnostics, drugs and medical supplies.

Barbados’ prime minister said Caribbean states need a restructuring of debt or a debt moratorium to “provide certainty to both borrower and lender” during the pandemic.

We will use your email address only for sending you newsletters. Please see our Privacy Notice for details of your data protection rights. A fight between forces of both countries broke out on Sunday in the disputed region of Nagorno-Karabakh. Azerbaijan’s president said Azerbaijani soldiers had lost their lives in the clash. Armenia claimed that two […]

(Reuters) – European companies are scrapping dividends to maintain cash and comply with regulations in response to the financial havoc caused by the spread of the new coronavirus. Companies have been racing to cut dividends as lockdowns of major cities crush businesses, drying up their cashflows, with banking authorities and national governments also rushing to […]

CHICAGO (REUTERS) – An influential foundation focused on preparation and response to epidemics that is backing nine potential coronavirus vaccines has identified manufacturers with capacity to produce four billion doses a year, the group’s top manufacturing expert told Reuters. The Coalition for Epidemic Preparedness Innovation (CEPI) plans to have two or three manufacturing plants for […]