In the wake of the coronavirus outbreak, China’s ruling body detailed plans to ban all residents from eating wild animals. The new law will be discussed and potentially implemented later this year after the belief that bats transmitted COVID-19 to humans in one of the nation’s food markets. In the months that followed the announcement, more has emerged about China’s trade wildlife trade including shocking revelations about endangered glass eels. Shocking developments revealed that behind eel-based cuisine is a £3billion illegal industry. The dark secrets of this underground trade were exposed in startling reports.

European eels, known as glass eels, have been an endangered species for many years due to an increased demand from Asia, most notably China and Japan.

Wild numbers of this sea creature, scientifically named Anguilla, have dropped by 90 percent over the last three decades.

The Sustainable Eel Group (SEG) attribute this drastic drop to an illegal trade from Europe to Asia where the animal is consumed as delicacy and aphrodisiac.

Products containing class eels, which are favoured because of their transparent bodies, line supermarket shelves where they are simply listed as ‘eel’.

This means many consumers and retailers could be unaware that they are feasting on food containing glass eels – a creature whose wild population numbers are dwindling. 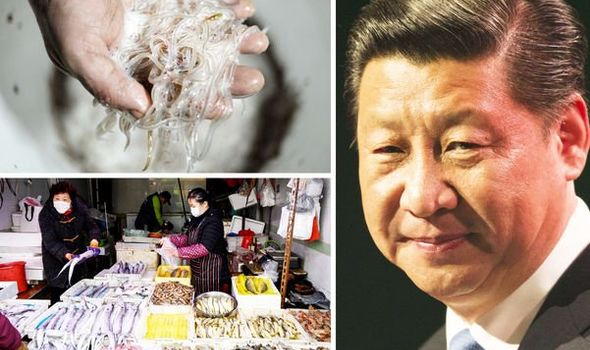 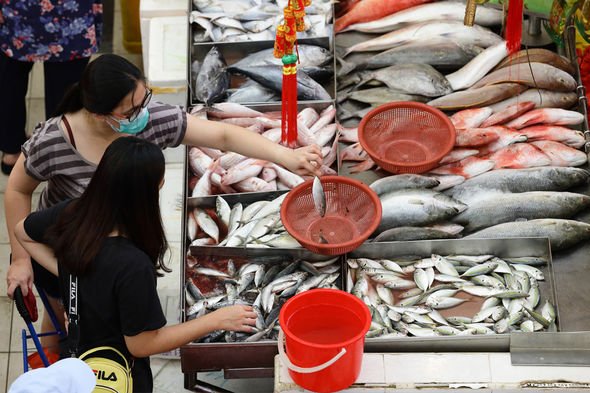 An SEG study revealed that wildlife traffickers smuggle the endangered animal in suitcases and cargo holds, after which they are grown to maturity on farms and sold into the trade.

Another research project from the University of Hong Kong found that 45 percent of eel products sold to retailers contain the endangered species.

They used DNA testing kits to discover the animals behind the products that are only listed as “eel” in supermarkets and convenience stores in numerous districts.

David Baker, author of the study, explained that the animals who “evade customs are grown on farms” and then “processed and packaged as ‘eel’”, during a South China Morning Post interview.

The World Wildlife Fund (WWF) is working with local supermarkets in Hong Kong and other countries to help supermarkets to crackdown on this trade. 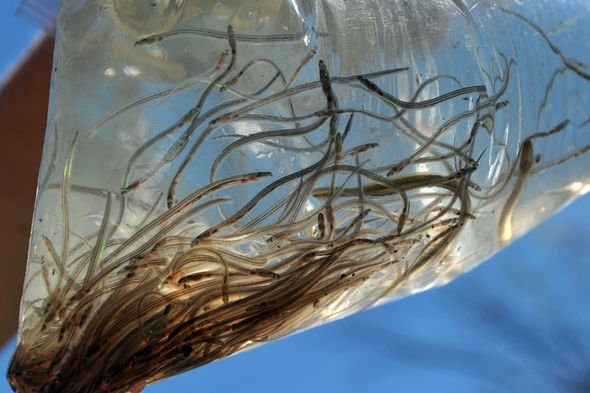 Jova Chan Yuet-shan of the international body said: “They need to identify traceability of the seafood product to ensure there’s no laundering of illegal, unregulated and unreported seafood products in the supply chain.”

He claimed glass eels are the “tip of the iceberg” as he believes other endangered animals including dried seahorse, ray gill raker, shark cartilage and shark meat are being sold too.

The European law enforcement agency Europol stated that around 5.8 tonnes of glass eels had been seized in 2019, which resulted in 154 arrests.

These figures are believed to be a drop in the ocean, compared to the estimated 300 million European eels – approximately 85 tonnes – that are smuggled every year.

This illegal export business was dubbed “one of the world’s biggest wildlife crimes” by Sustainable Eel Group director Florian Stein. 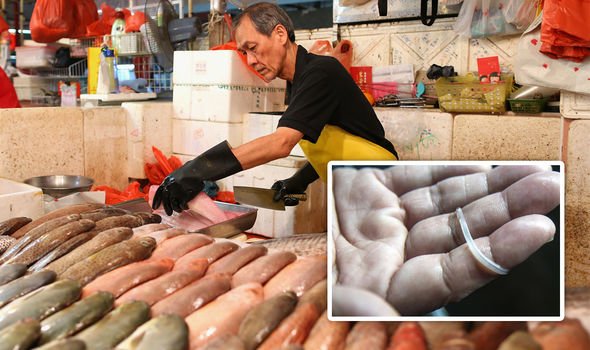 China’s recent ban on wildlife consumption and trade seems unlikely to have any effect on the glass eel trade due to the activity being a covert operation – through products being labelled “eel” without further description.

Animal rights activists claim the biggest impact to combat the trade can be made by businesses, who can ensure they know the supply chain for their products.

One counterclaim for the rise in the glass eel trade is that the European eel is often confused with its relatives the American and Japanese eels because they bear numerous physical similarities.

Because there are no restrictions of the common cousins of the glass eel it is believed a number could be mistaken captured together.

Despite this an illegal trade still continues, where away from the difficulties of visual identification the problem of trafficking the wild creature still exists and thrives as a blackmarket underground trade.

We will use your email address only for sending you newsletters. Please see our Privacy Notice for details of your data protection rights. Donald Trump is the 45th US President, and is currently fighting to remain the US leader for another four years. American voters will head to the polls on November 3. But why […]

TOKYO (Reuters) – Japan’s Subaru Corp <7270.T> set a target on Monday to sell only electric vehicles worldwide by the first half of the 2030s, in a move toward its long-term goal of a carbon-free society. The news comes as Subaru has strengthened capital ties with Toyota Motor Corp <7203.T>, in a trend of global […]

‘A bad sign!’ Zemmour’s links to Charles De Gaulle to cause disaster for France if elected

Zemmour’s politics is a 'bad sign' for France says Lees We use your sign-up to provide content in ways you’ve consented to and to improve our understanding of you. This may include adverts from us and 3rd parties based on our understanding. You can unsubscribe at any time. More info Associate Professor of French Studies […]

Democrats want to block federal land, statues from being named after Donald Trump

This is another News Portal > Politics > Democrats want to block federal land, statues from being named after Donald Trump