DUBAI (Reuters) – A senior United Arab Emirates official on Wednesday stressed the need for de-escalation in the region to allow countries to focus on “the hurricane” caused by the coronavirus pandemic and review development models. 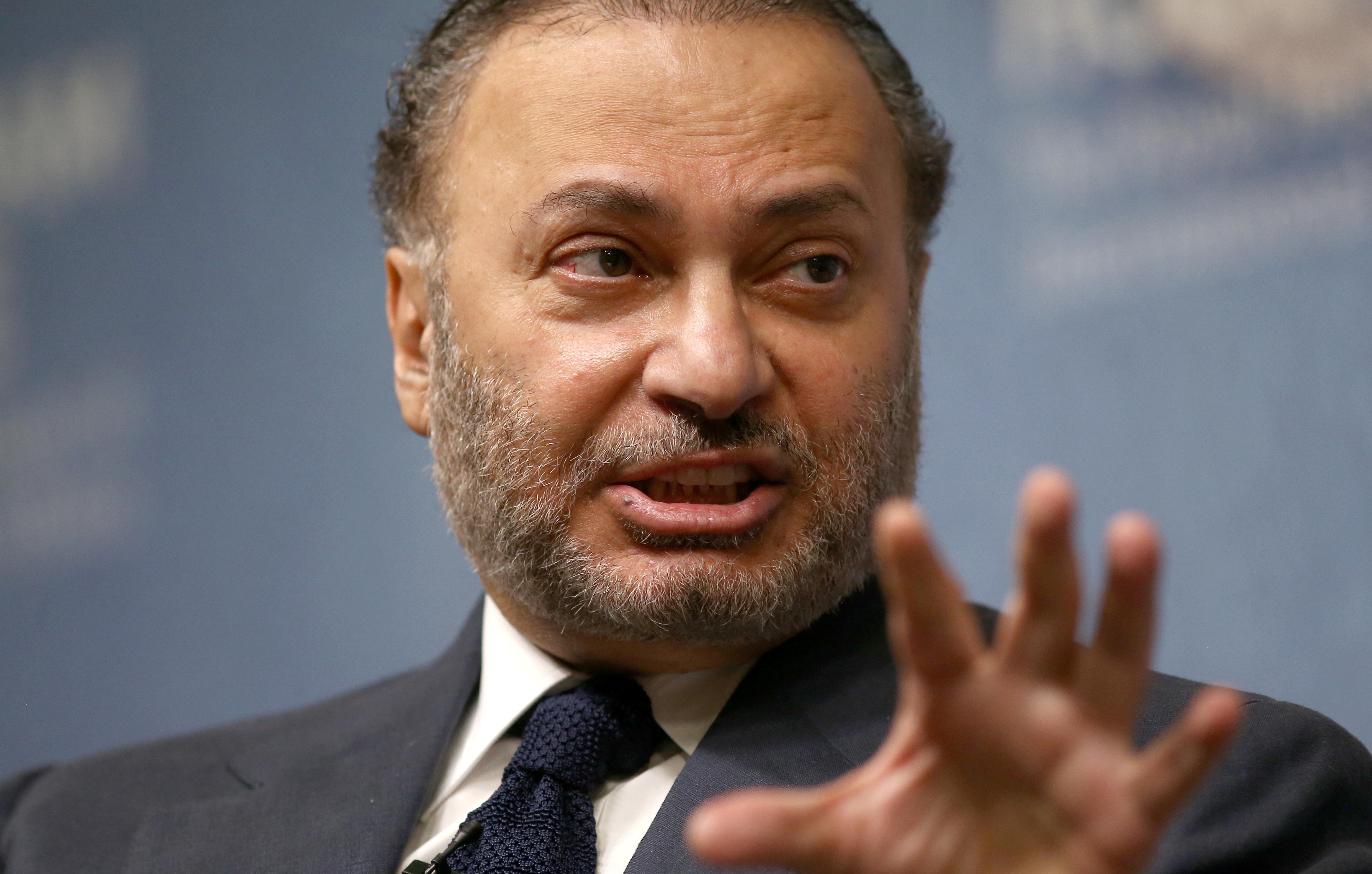 Earlier on Wednesday, Iranian President Hassan Rouhani threatened a “crushing response” if the United States goes ahead with plans to extend an embargo on Iranian trade of conventional arms, which the United Nations is set to lift later this year.

Asked during a webinar organised by Beirut Institute Summit whether there was concern that Iran may provoke a confrontation in the region, UAE Minister of State for Foreign Affairs Anwar Gargash said: “We need to really concentrate on de-escalation.”

“The region, like all regions in the world, is going to be financially and politically weaker. We would be wise to think about our development models, about de-escalation and to try some problem-solving,” Gargash said.

Under Iran’s deal with world powers to accept limits to its nuclear programme in return for lifting of sanctions, a U.N. weapons embargo is due to expire in October. Washington, which exited the deal in 2018, says it wants to extend the embargo.

Gargash said countries would be focused inwards on the ramifications of the pandemic that disrupted business globally.

He said Gulf energy producers, also hit by a collapse in oil prices, would need to accelerate economic diversification plans.

“We will have a lot of questions about what constitutes a Gulf rentier state model. We’ve been for many years trying to escape that model with varying degrees of success, but I think this is going to accelerate the necessity for us to find something a little bit more sustainable,” Gargash said.

He said labour market imbalances have also emerged as a major issue though it was “too early” for any restructuring.

Millions of foreigners form the backbone of Gulf economies and work in vital sectors like construction, transport, retail, hospitality and tourism. This includes low-income migrant workers living in overcrowded accommodations that have become hot spots for the virus.

“The Gulf has depended on a large number of blue-collar expatriates … Is this model that has been part and parcel of the development model in the region since the 1950s and maybe before, is this sustainable the same way, should it be tweaked or not?” Gargash said.

SYDNEY (Reuters) – The hit to Australia’s economy from a viral epidemic spreading from China is likely to be “significant”, Prime Minister Scott Morrison said on Thursday, as the country’s states and territories work out scenarios to gauge the overall impact. Morrison said the effect of the virus, which has so far killed 563 people […]

(Reuters) – Occidental Petroleum Corp <OXY.N> on Tuesday named its former chief executive officer, Stephen Chazen, as non-executive chairman of its board in a bid to end a long and bitter fight with activist investor Carl Icahn. WSJ had previously reported that the company planned to name Chazen as the new chairman to appease Icahn […]

By David Lawder WASHINGTON (Reuters) – President Donald Trump said on Wednesday that he does not expect delays in the mailing of coronavirus relief paper checks to millions of Americans, despite changes U.S. Treasury Department officials will need to make in the printing process to add his name. Even so, most of the “Economic Impact […]

For airlines, China boom now exposes them to risk as coronavirus slams market

This is another News Portal > Business > Wall Street rises as hopes rise for U.S. fiscal stimulus